Students come back to face-lifted campus 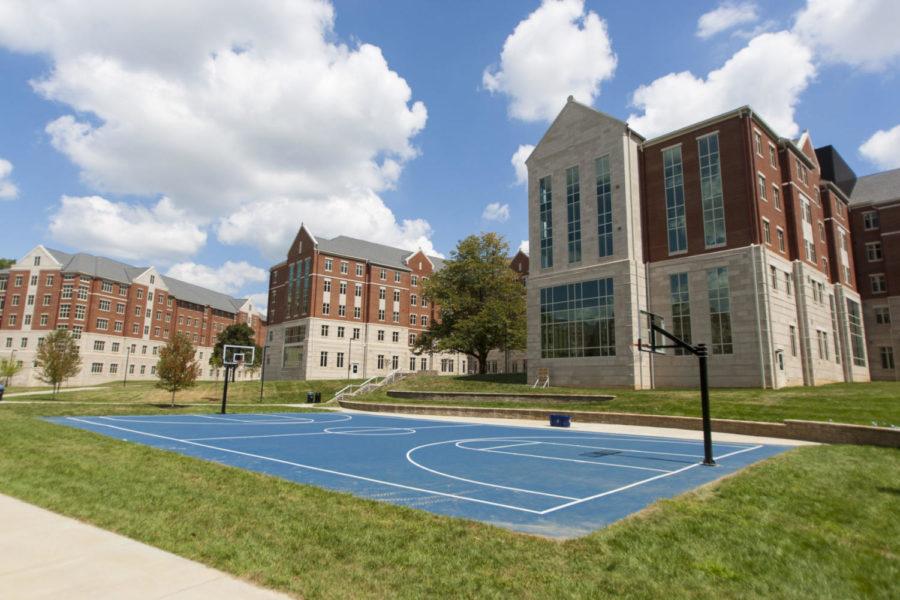 UK has made plenty of changes this summer and new students are back to living in and around construction zones.

“The long term benefits will be worth the temporary inconvenience,” UK Spokesperson Jay Blanton said in reference to temporary road closings and 6 a.m. bulldozer wake-up calls.

Here is an update on construction and news facilities around campus.

“Meet me at the 90,” a phrase used by students to describe the ninety-degree turn located at the intersection of Woodland Avenue and Hilltop Avenue, has gained new meaning as UK welcomes the the state-of-the-art dining and classroom facility to campus.

“There’s nothing else like it in the country,” UK President Eli Capiluto said about the $35 million dining and education center.

“Our dining partnership has resulted in more choices and healthier options for students than the previous year,” UK Spokesman Jay Blanton said.

The second floor of The 90 features six classrooms for Living Learning Programs, ten faculty offices for each of Woodland Glen’s LLPs and The Food Connection.

“(The Food Connection) is a partnership with our College of Agriculture, Food and Environment,” said Penny Cox, UK’s Director of Housing Project Implementation and New Strategies.

The Food Connection room will be used for cooking classes and “farm-to-fork” presentations for kindergarten through high school students visiting campus.

The 82,000 square foot building opened to the public Friday, August 21.

The demolition of the Student Center  uprooted the facility’s many services, like dining options, the University of Kentucky Federal Credit Union, various ATMs and the Student ID Office. These can now be found in a temporary facility, named Bowman’s Den, near the Singletary Center for the Arts, while many other services can be found spread out around campus.

“There isn’t one Student Center, as a number of the organizations and services are being housed in different places temporarily on campus,” Blanton said.

The layout of the complex features a 450-seat dining area complete with 25 ft. high ceilings.

Cox said that Bowman’s Den’s dining layout is a lot simpler and more spacious than it was in the old Student Center. Students can find Chik-Fil-A, Greens to Go, Panda Express, Starbucks and Subway at Bowman’s Den.

“We created zones … so we have the retail zone for the food and then the services that students will receive,” Cox said. “And then we have the administrative support zone moved to Blazer.”

“Some of the other student organizations, such as Student Government, will temporarily be located in Blazer Hall,” Blanton said.

Commonwealth Stadium received major renovations this past year, including a multi-purpose recruiting room at the East End Zone, club-level seating and a press box located on its south side. The concession stands and restrooms were also upgraded.

“Our first trip to see a UK Football game was tarnished a bit (because of the construction),” said Lisa Mendonsa, a visiting parent from Georgia. “I am delighted to hear the improvements are on target to allow for a less encumbered experience this year.”

Construction is planned for completion before the first home game, which takes place Saturday, Sept. 5.

Alumni Drive, the road parallel to Commonwealth, now features two roundabouts which replace stop signs that were once there. UK hopes this will ease the traffic flow in that part of campus.

School of Art and Visual Studies

UK’s School of Art and Visual Studies Building also underwent a transformation over the past year, transferring its location from the Reynolds art building to the newly renovated University Lofts on Bolivar Street.

The modern layout of the building was created so that artists may be able to work in a clean, open space, and the open floor plan would allow visitors to explore the space and interact with artists.

“I love having my own bathroom and bedroom,” Ali Morse, a freshman biology major, said about her new dorm. “They are like mini apartments.”

Woodland Glen III, IV and V are accessible through two newly opened roads which can now be used as shortcuts from Woodland Avenue to Sports Center Drive. The complex also has a courtyard with a basketball court and an outdoor seating area.

“(UK’s campus) is an incredibly transformed neighborhood that is going to be home for a lot of people, and the place where a lot of memories will begin and be cherished,” President Capilouto said.