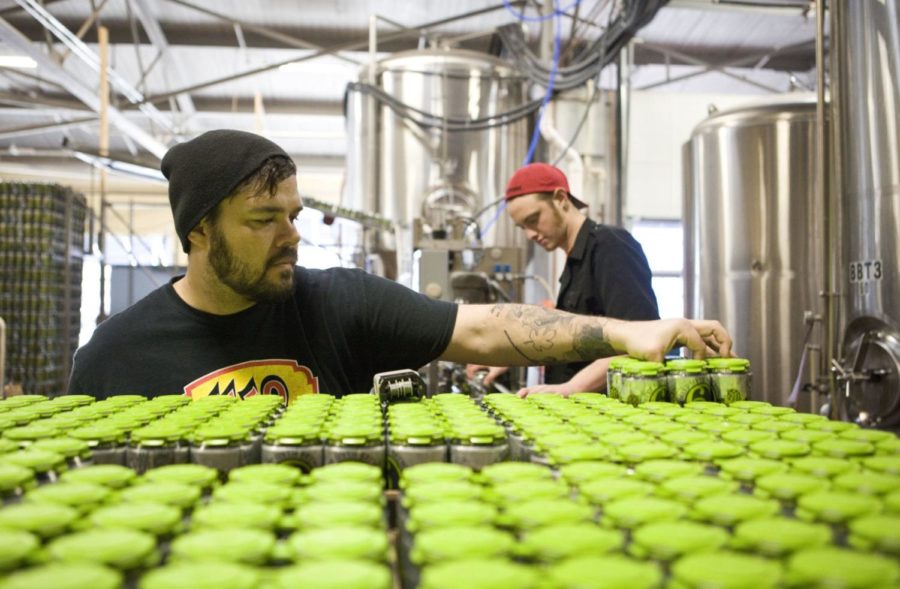 Natural light pours in through the windows at West Sixth Brewing, but only three and a half years ago the building was completely boarded up.

“It was a sore spot in the community,” said Ben Self, co-owner of the brewery. “We wanted to bring traffic and a positive impact to the neighborhood.”

The goals of West Sixth Brewing were similar to the other breweries in Lexington. Workers wanted to create delicious craft beer and to help the neighborhoods they call home. In the process, they became part of the $2 billion Kentucky beer industry.

Alltech employs 60 people, Blue Stallion and Ethereal both employ eight people, West Sixth employs 38 and Country Boy employs 15. Country Boy, the closest brewery to campus, is expanding to another location as well. They received $275,000 in tax incentives from the Kentucky Development Finance Authority to open a brewery in Scott County.

Self sat at a bar stool and told the story of the building on West Sixth. The building sat in the center of the community, abandoned for 10 years.

“People would steal pipes from the building,” he said.

The owners of West Sixth  wanted to impact the community in three ways when they bought the property: financially, environmentally and by making it a great place to work. According to Self, the growth that West Sixth has created through charity events and bringing in other businesses and non-profit organizations, has transformed the area, Self gave three other reasons as to why breweries were so successful at revitalization.

“One­ — tap rooms are natural gathering spots, two — it is a booming industry and three — it is a manufacturing job that can’t be outsourced to China,” Self said.

Another example of neighborhood transformation can be seen on Third Street. Blue Stallion Brewing Company received tax incentives to open its brewery in their location, explained the assistant manager at Blue Stallion, Victor Sears.  To keep the incentive they had to improve the property as well as landscape outside the building.

“We improved the aesthetic,” said Sears, “It used to be sketchy.”

Sears said he now sees more buzz in the neighborhood. The drive behind breweries, Sears said, is the appeal behind a product that is made and served right there.

Mark Waterhouse, founder of Garnet Consulting Services, sat with a drink at the tall bar in Blue Stallion. Waterhouse is following the “Brewgrass Trail,” which is similar to the Bourbon Trial, but highlights Kentucky breweries.

He said the local breweries provide direct, indirect and induced economic effect. Direct effects is when a brewery hires employees, indirect is when breweries buy products from other companies, and induced effects are when employees spend put money into the economy.

No one knows this better than Andrew Bishop, co-founder of Ethereal Brewing on Manchester Street.

“You don’t know what’s here until you step into the parking lot,” Bishop said.

Bishop and his partners began home brewing nine years ago. When they decided to open a brewery, it was only a matter of location. Bishop said he was hesitant to go so far off the map, but finally settled on the Manchester location.

“Breweries are a destination spot … people will seek them out,” Bishop said, “Breweries create the location.”

Nate Canavera, the National Distributor at Alltech, said Alltech has supported local hops farmers when they can, but Kentucky lacks the climate for quality yeast and hops. Alltech Brewing buys local products like honey and pumpkins in their seasonal beers.