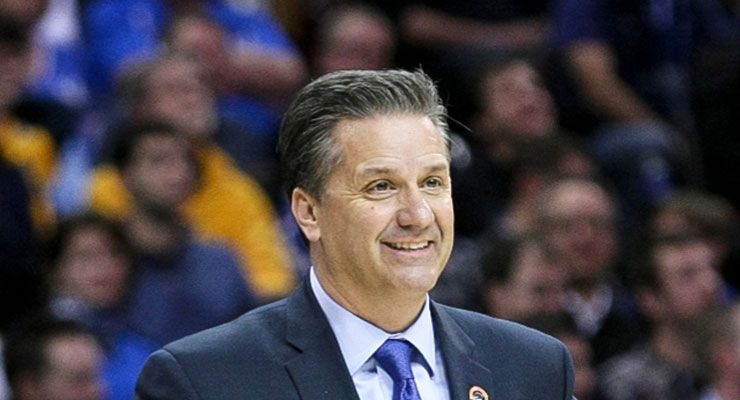 Head coach of the Kentucky Wildcats John Calipari is all smiles during second half of the Sweet 16 of the 2015 NCAA Men's Basketball Tournament against the at Quicken Loans Arena on Thursday, March 26, 2015 in Cleveland , Ky. Photo by Jonathan Krueger

The UK men’s basketball team announced this morning it added Jonny David and Dillon Pulliam to the roster as walk-ons.

David, a 6-foot-2 freshman guard, is a native of Pittsburgh. He was an all-state selection after averaging 18.5 points per game in his senior year.

Pulliam, a 6-foot-3 sophomore guard, transfers to UK after spending a year at Transylvania University. He averaged 4.8 points and 3.4 rebounds per game. Pulliam was a five-year starter at Harrison County High School where he set a school record with nine three-pointers in a single game.

Per NCAA transfer rules, Pulliam will have to sit out the 2015-16 season.

“I’m excited to be a part of the UK basketball program and have the opportunity to play with other talented players under a great coaching staff,” Pulliam said. “Growing up in the state of Kentucky, I know how awesome Big Blue Nation is and I can’t wait for the season to start.”