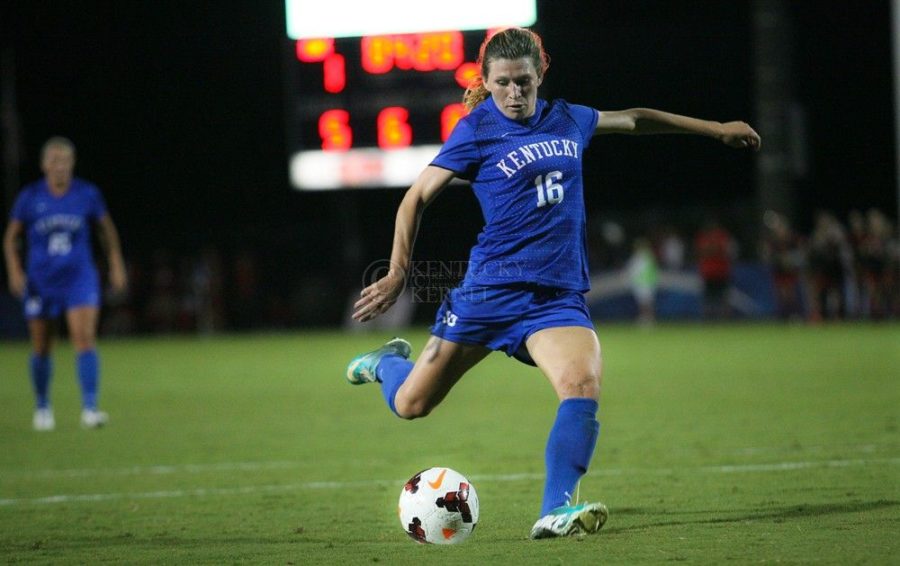 The former UK star, who was the 2014 Southeastern Conference Defensive Player of the Year and a three-time National Soccer Coaches Association of America All-American in her time with the Cats, has helped the Chicago Red Stars clinch a playoff spot in the National Women’s Soccer League.

The Red Stars earned their first playoff spot in franchise history after a 0-0 draw against the Western New York Flash on Sunday.

Gilliland, a native of Wilmore, Ky., became the first player drafted in UK women’s soccer history after the Red Stars selected her No. 8 overall. In her historic career at UK, she scored 30 goals and had 25 assists. The defender/forward also attempted 278 shots in her four years, which set a school record.

Gilliland has appeared in 18 matches while starting 15 of them. She’s scored four goals on 11 shots and added two assists during her rookie season.

The NWSL playoffs begin on Sept. 13.