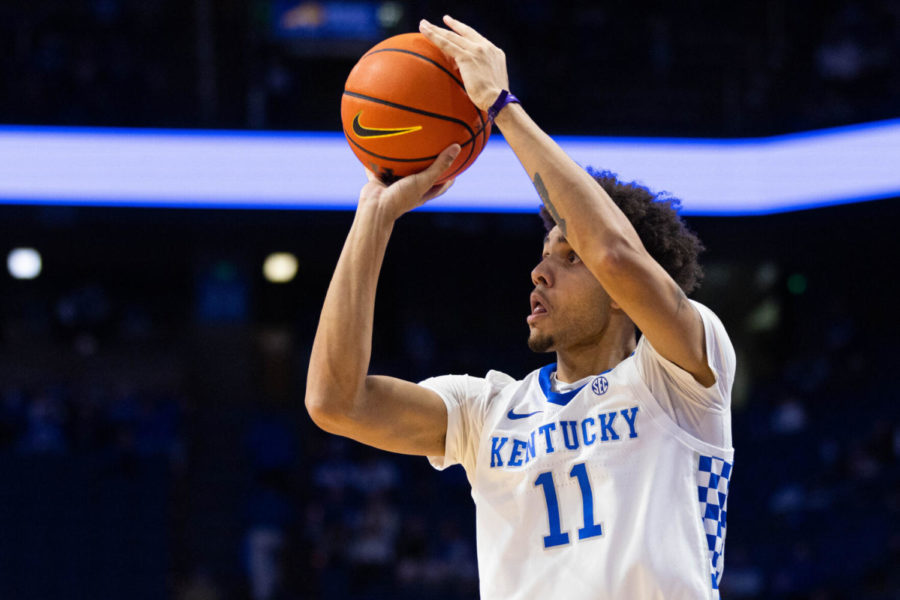 After three topsy-turvy years in Lexington, sophomore guard Dontaie Allen is entering the transfer portal, he announced on Thursday via Twitter.

The former Mr. Kentucky basketball from Pendleton County will finish his career at UK with an average of 3.9 points and 1.4 rebounds per game in 41 career appearances.

Allen redshirted in his first year on campus after recovering from a torn ACL that ended his high school career. His reputation as a lethal shooter from 3-point range never fully came to fruition during his time in blue and white.

In his first season with the Wildcats, Allen played in 22 games, where he averaged 14 minutes, scoring 5.4 points a night, shooting at a 39-percent clip from 3-point range.

As Kentucky filed in yet another major recruiting class along with some key pieces from the transfer portal, Allen’s playing time became more and more slim throughout the 2021-22 season.

His minutes dwindled down to 6.4 a game, as he appeared just 19 times for head coach John Calipari.

The 6-foot-6 Falmouth, Kentucky native was a fan-favorite amongst BBN, even when his playing time became sparse. It is unclear where Allen is favored to transfer to at this time.