Lexington brews the best of Kentucky 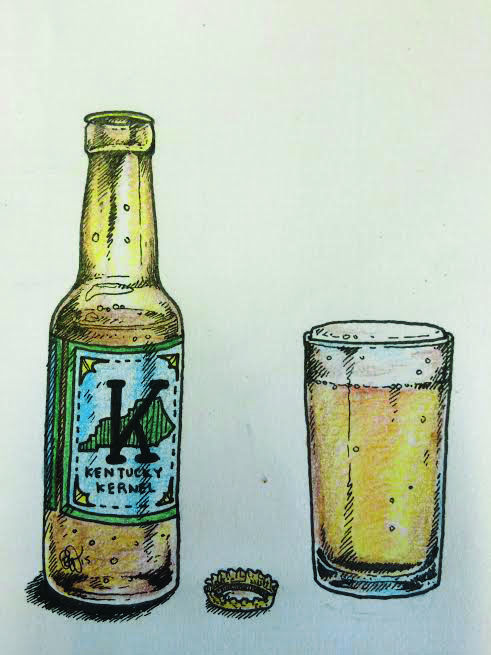 Ahoy there, beer snobs! Hope everyone’s getting back into the swing of classes and meetings and all the other thrilling activities that take away from your drinking time.

We’re lucky enough to live in a city that holds five of Kentucky’s breweries (the only other real Kentucky contender being Louisville, which has two), so the craft beer scene is laid out before us very nicely. For this week’s column, I will be rating my five favorite Kentucky beers.

This American Strong Ale is aged for nine months to a year in Pappy Van Winkle barrels, giving it a strong bourbon feel with notes of oak, vanilla and brown sugar. It poured a smooth, rich brick red and ended in a barely noticeable head. This beer is a dream come true for bourbon lovers. This beer would be best paired with a hearty steak and potatoes dinner. It’s available only in extremely limited quantities though, so keep an eye out for Country Boy’s release events, you don’t want to miss it the next time it comes around!

Made with direct trade organic cocoa nibs, this is a beer you just feel great about drinking. It pours almost completely black with a minimal khaki-colored head, which hovered at the top of the beer for quite a while. You don’t need to get your nose wet to catch the delightful aromas of chocolate, roasted nuts and coffee. The taste is rich in dark malts and smoky caramel. This porter straddles the line between dessert beer and dinner beer exceptionally well.

I’m not typically a fan of fruity beers, but this ale holds a sweet spot in my heart. I’ve only been lucky enough to run across this gem once since I reached drinking age. Another American Strong Ale, Alltech’s summer beer is perfect for everything from porch sitting to spending the day on the lake. Like Papaw’s Red Ale, the Peach Barrel Wheat Ale is aged in bourbon barrels to give it a strong bourbon flavor and smell. It pours a light, almost pear-ish color with a miniscule, off white head. As one Internet reviewer put it, “This stuff is what bad decisions and hangovers are made from.”

The vast majority of Blue Stallion’s beers have a German flair (dunkels, pilsners, hefeweizens). The smoked lager stole my heart instantly, though. As you can probably guess, it’s a bit smoky. According to the brewery’s website, this beer originated from a German legend in which a fire burnt part of small regional brewery, exposing the brewery’s malts to smoke. The brewer didn’t have enough money to replace the smoked malts, so he used them in his next batch. Luckily his customers loved the new style, and so do I. This is a very hearty brew with strong meaty overtones. It pours rich amber with a distinct, frothy white head. As I sipped the lager, I felt myself transported to a German forest campsite, where I sat fireside and cured the fresh meat from a day of hunting. Truly an outstanding choice if you’re seeking a full-bodied and thick beer.

A traditional English ale, this brew is made with caramel, dark, and pale malts to give it a diverse flavor profile. It pours a light brown color with a lazy khaki-colored head. It has an earthy, simple aroma and a sweet, nutty taste to match. It felt creamy and light as I let each of my taste buds soak up the sensation. Robust but consistent and refreshing, this beer never disappoints.