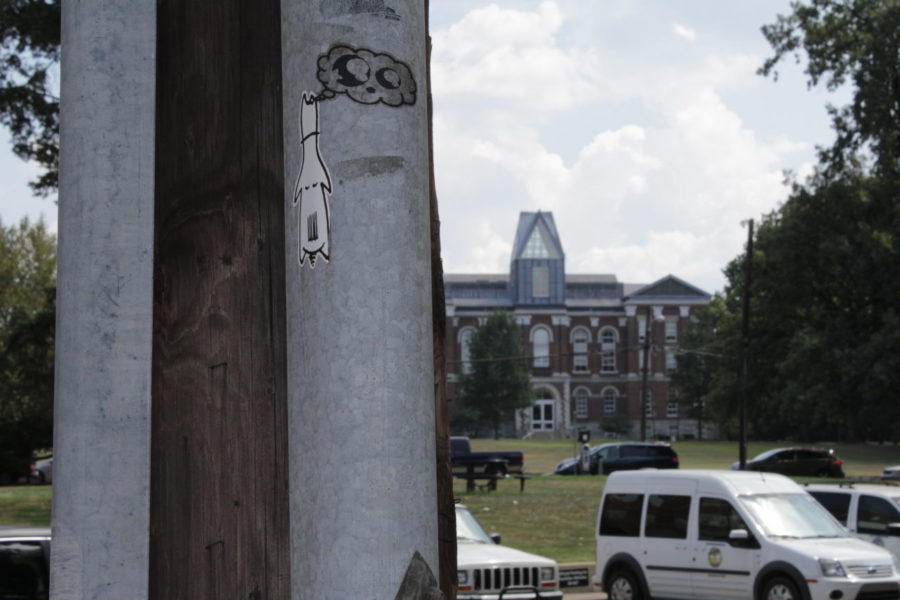 When graffiti first began to pop up around city walls and subways, it was all about movement — nearly 50 years later, the goal is still movement: social movement.

Jenny Rice, an associate professor of writing, rhetoric and digital media at UK, said graffiti was born in New York City and Philadelphia in the 1970s and was most commonly found in subways.

The subway gave the graffiti life and allowed it to be visible by a multitude of people throughout the city. The subway also contributed to the flow of the piece, bringing it to life as the subway car darted past those who stood on the platform.

However, many people began to view graffiti as a nuisance, associating it with gangs and “bad areas” around cities.

“There is a belief that graffiti will lead to more crime — it’s called the broken windows theory,” Rice said.

The graffiti artists of today strive to disprove the theory and reinvent graffiti as an art form and as social commentary by touching on issues that aren’t getting enough attention, Rice said. The artists say it’s not the same as breaking something; instead, they see it as making the world a more comfortable place in which to live.

Cities are starting to respond to graffiti by finding ways to work with artists instead of against them. One example is the 60 ft. tall mural of Abraham Lincoln on the backside of The Kentucky Theatre in downtown Lexington. The piece was designed by Eduardo Kobra as part of his visit to Lexington for the PRHBTN art festival.

Although many cities may be beginning to embrace graffiti, some college campuses continue to fight its presence.

“We are constantly on the lookout for graffiti, both inside and outside,” physical plant division director Kevin Kreide said.

The physical plant relies on many people to constantly be on the lookout for graffiti so they can work towards removing it as quickly as possible, Kreide said. UK spends roughly 20 to 25 thousand dollars a year on graffiti removal, which are primarily labor hours.

A pressure washer is used to remove graffiti found on outside walls of buildings on campus while chemicals are used inside. On particularly stubborn graffiti, Kreide said the physical plant division is forced to paint over what cannot be removed.

From its beginning, graffiti has grown to influence many cityscapes around the world, and it will continue to challenge perception as society evolves.

“There’s something kind of interesting in the way it disrupts,” Rice said. “It calls attention to the world around us.”