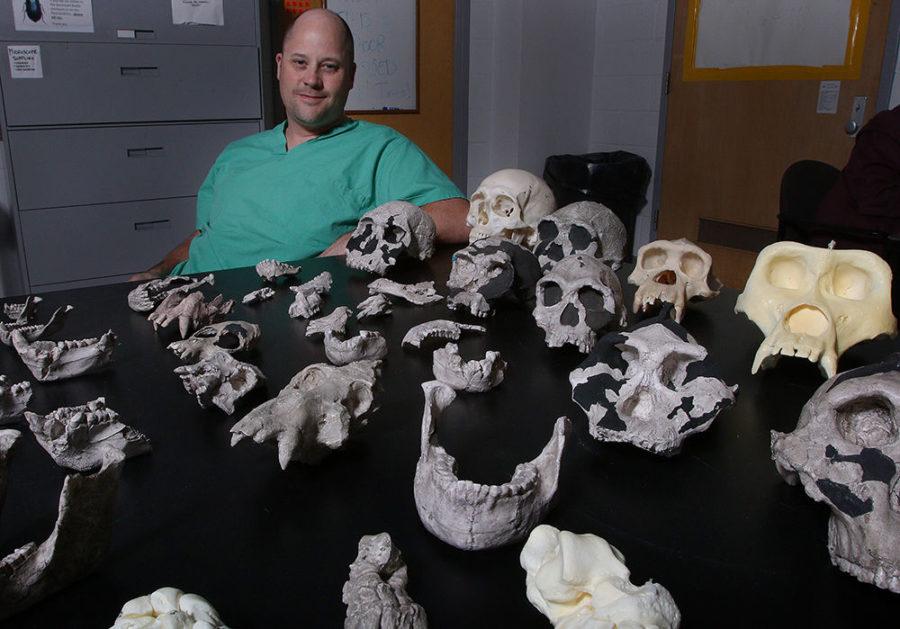 Until associate professor Andrew Deane was selected to be part of an international team of researchers to observe newly discovered fossil specimens, he had always focused more on the analysis and interpretation of existing fossils rather than the discovery of new ones.

The remains turned out to be part of a new species related to humans, known as “Homo Naledi.”

About two years ago, recreational cavers in South Africa found what turned out to be the fossil specimens in the deep recesses of a cave. They brought the specimens to South African paleontologist Lee Berger, who then sent a six-person team back into the cave to retrieve the rest of the remains and bring them to the surface.

Berger then assembled a team of 30 to 40 researchers, including Deane, to examine about 1,500 specimens from 15 Homo Naledis.

“Generally you find a handful of something, a few pieces here and there, and this is really remarkable because it was a very large and significant assemblage,” Deane said. “This is the first time I’ve ever heard of anything this sizeable. This is definitely I’d say the biggest thing I’ve been involved with from a new species discovery standpoint.”

Deane said the species is not necessarily a human ancestor, but more of a relative, or “more like finding you’ve got an uncle somewhere.”

Deane has been at UK since 2008, and prior to that he taught at the University of Missouri and the University of Toronto as a graduate student. He is a paleoanthropologist, or a paleontologist who deals with human and primate fossil records.

“I’m interested in reconstructing how these fossil apes and early humans lived,” Deane said. “What did they eat, how did they move around?”

As someone who studies the behavior of apes based on fossil structures, Deane said there are many similarities between apes and humans.

“We share more than 99 percent of our DNA with chimps,” Deane said. “We have the same number of hair follicles that chimps have — the average intelligence of a great ape overlaps that of a human three or four-year-old.”

Deane said he tries to be dynamic in his lectures and get students involved with the subject as much as possible.

“If you don’t engage students they’re not invested and don’t seem to care as much,” Deane said.