Professor an expert on all things Kentucky politics 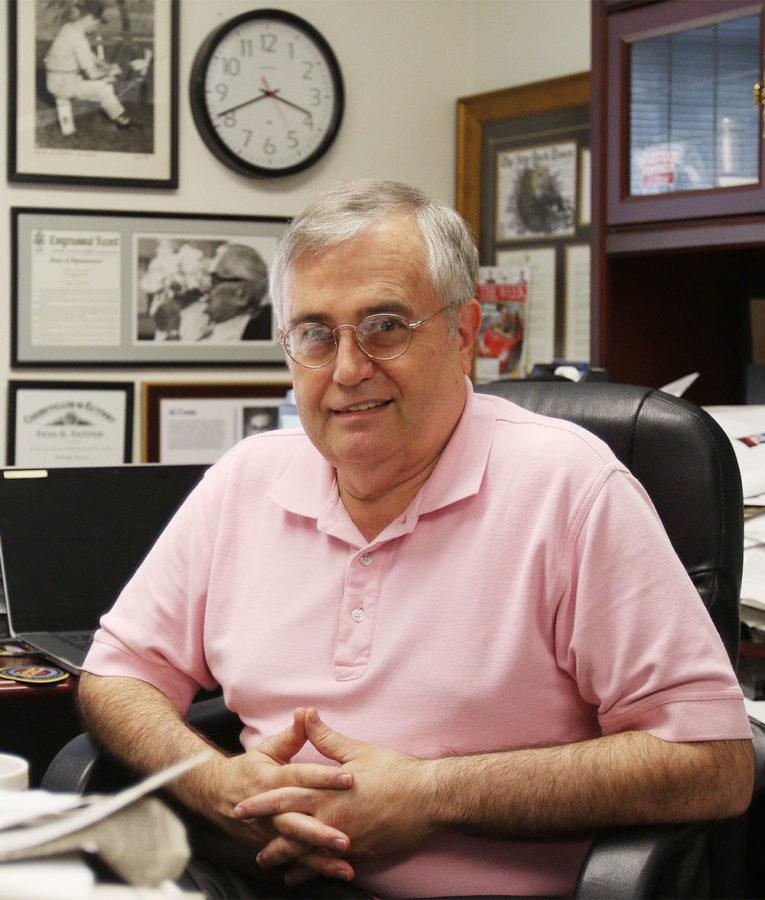 From a very early point in life, Al Cross knew he wanted to serve as an intermediary between the people of Kentucky and the public officials who govern them.

Originally from Albany, Ky., Cross grew up in the foothills of the Appalachian mountains, or as he puts it, “The place you see the first mountain as you go east on the Kentucky-Tennessee line.”

When he wasn’t helping his parents on the farm raising cattle and tobacco, Cross was making his mark as a journalist when he was barely into his teens.

Altogether Cross has been in print journalism for 50 years, and is one of the most renowned political reporters in the history of Kentucky politics.

“I always had an interest in it because my father was active in politics,” said Cross, whose father was a member of the state legislature and a member of the county election commission. “He was one of these guys that you always went to see if you were going to run for something. You wanted him to be for you.”

His parents were Republicans, but Cross has been an independent since he became the chief political writer for the Courier-Journal in 1989.

“I didn’t leave the Republican Party, it left me. It became more conservative than I am,” said Cross, who described himself as slightly left-of-center on the political spectrum.

Cross said the main reason he became an independent was because true journalism is supposed to be objective, and too many political reporters have gotten away from being unbiased in their storytelling.

“The ideal of American journalism is to be an independent observer and arbiter who doesn’t carry any water for any party or faction or interest,” Cross said.

Cross worked for newspapers in Monticello, Russellville and Leitchfield, and was hired by the Courier-Journal to run its Somerset bureau, which moved to Bardstown in 1978. He was eventually appointed as the Courier-Journal’s chief political writer in 1989, and spent 15 years covering national and statewide politics.

He took part in the Clinton-Gore bus tour during the early 1990s, he asked former Republican presidential candidate Bob Dole a question about tobacco that made Dole famously question the health qualities of cigarettes, interviewed George W. Bush when he was thinking about running for president and met President Obama at the 2004 Democratic National Convention.

“I’ve known every person who’s been governor of Kentucky since before I was born,” Cross said.

Since leaving his position at the Courier-Journal in 2004, Cross has served as director of the Institute for Rural Journalism and Community Issues based at UK, where he is an associate professor, and a columnist for the Courier-Journal.

According to the institute’s website, “The Institute for Rural Journalism and Community Issues helps non-metropolitan journalists define the public agenda for their communities, and grasp the local impact of broader issues.”

Cross said, at its core, political journalism should be about holding public officials accountable and serving as intermediaries between politicians and the public.

“The job of journalists ought to be more fact checking, and holding officials and institutions and candidates accountable,” Cross said.