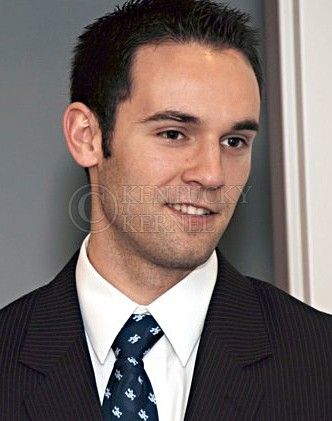 Conservatives, your political romances are not stable. From Planned Parenthood to guns, taxes to gay marriage, most of the country disagrees with you. Trying to force them to capitulate to a minority is not how democracy works.

Your infatuation has led to you overlook key facts that should be used to help make political relationship decisions. Tax cuts do not cause economic growth. The government is not too big; spending on everything outside of the Pentagon, Social Security, Medicare and Medicaid is close to an all time low.

The Earth has become warmer, that is beyond question. Immigrants commit crime at a lower rate than the general population. Your disdain for truth has gotten so bad that Jason Chaffetz, who is now running for Speaker of the House, looked at a chart with no Y axis, and assumed that two lines crossing meant that Planned Parenthood now performs more abortions than cancer screens. This type of embarrassment doesn’t happen if there isn’t a blatant tendency to avoid facts and numbers.

Speaking of Speaker of the House, your heart throbs having chased out John Boehner, one of the few well respected Republicans left, simply because he got fed up with constant grandstanding from the most radical members. Now both Kevin McCarthy and Paul Ryan have decided they don’t want the job because they don’t want to be Capitol Hill’s only full time babysitter.

Like Matt Young’s columns? Check out “‘All Lives Matter’ misses the point”

Chaffetz and Daniel Webster, the only two candidates for Speaker who seem to like the idea of preschool playground chaos, are so unqualified and dangerous for the party that the vote for Speaker was postponed indefinitely. It’s like poor John Boehner is stuck in a mental institute; he knows he is normal, and wants to get out, but the conservative crazies won’t let him.

If these few freedom caucus members spent half the time governing that they spend protesting this problem might not exist. But instead they want to shut down the government because of Planned Parenthood funding, even though the organization has the support of more than three quarters of Americans.

When the Supreme Court ruled in favor of gay marriage some of these conservatives said they need to change the Constitution to redefine the 14th Amendment. What they didn’t tell you is that the 14th Amendment is the reason that state governments must recognize your religious freedoms, free speech, and right to bare arms.

Some conservatives insist states can ignore the federal government with respect to regulations, but the Constitution is clear that the supreme law is federal law, and states do not have the power to overrule it. Only the courts can declare a federal act unconstitutional.

But this is the prescription conservatives wrote for their party after Mitt Romney lost in 2012. They insisted they needed to have someone more conservative, as if running even further against popular opinion will fix all of their problems.

Polls have shown that even Hillary Clinton, the terrible candidate that she is, can be competitive in some of the most conservative states if someone like Donald Trump is her opponent.

Please, my conservative friends, don’t let your romance blind you. This can only end in a terrible breakup that leaves the House in someone else’s possession. That is not a metaphor, just ask Newt Gingrich.