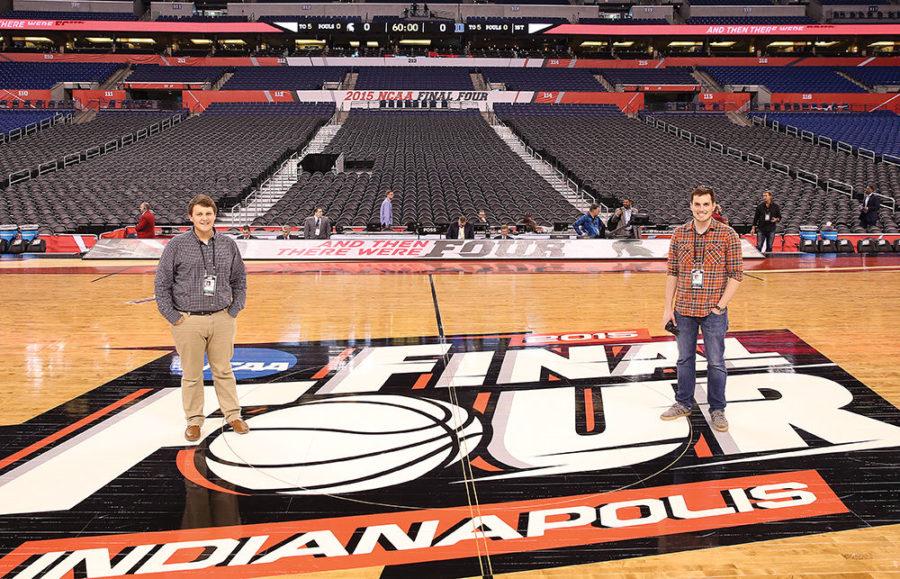 It was the day before Easter, and UK had just lost the Final Four match to Wisconsin.

Now-Kernel photo editor Michael Reaves and then-photo editor Jonathan Krueger were devastated. This was their opportunity to photograph the Cats in a National Championship, and after a perfect season, the opportunity was gone.

They still had press passes to the championship game between Duke and Wisconsin, but Reaves went home and did not plan on returning.

Krueger had other plans.

For his passion and drive, the Kernel non-profit board of directors chose Reaves, a marketing and management senior from Crestwood, to be the first Jonathan Krueger Memorial Scholarship recipient.

The scholarship has raised about $67,000 through GoFundMe and the university. About $1,000 each semester will be awarded to an exceptional Kernel staffer who shows drive and passion for photography and student media.

Jonathan Krueger was shot and killed April 17 near campus while walking home in the early morning.

“We’re really happy for (Reaves),” said Mary Krueger, Jonathan Krueger’s mother. “It’s kind of bittersweet that it happens this way, but I know Jonathan would be beaming from above.”

Reaves, who is also a resident adviser, started taking photos in high school. He loved sports, but could no longer play because of an injury. Photography allowed Reaves to be involved with sports without being on the field.

When he came to UK, he sent an email to the UK Athletics Department asking to work in exchange for press passes.

Instead of making him work at a desk, UK Athletics photographers Chet White and Britney McIntosh-Howard took him to the men’s basketball media day to take portraits and action shots of the team.

“He was like jumping up and down, smiling ear to ear,” McIntosh-Howard said. “He was giddy. He really wanted to make us happy.”

Media day was the beginning of what his mentors expect to be an exciting career.

The only thing holding Reaves back at UK Athletics was equipment, so they sent him to the Kernel to work with David Stephenson, the Kernel photojournalism adviser and a freelance photographer.

“He’s still giddy,” Stephenson said. “You can just tell that photography feeds him, energizes him. The passion was always there, from the day he walked in.”

The passion Krueger showed during the championship game is the legacy Reaves hopes to continue.

“Knowing that I’m a Jonathan Krueger memorial scholarship recipient, that alone means I represent him,” Reaves said. “I want to make sure I give back the way he gave to me and he gave to other people.”