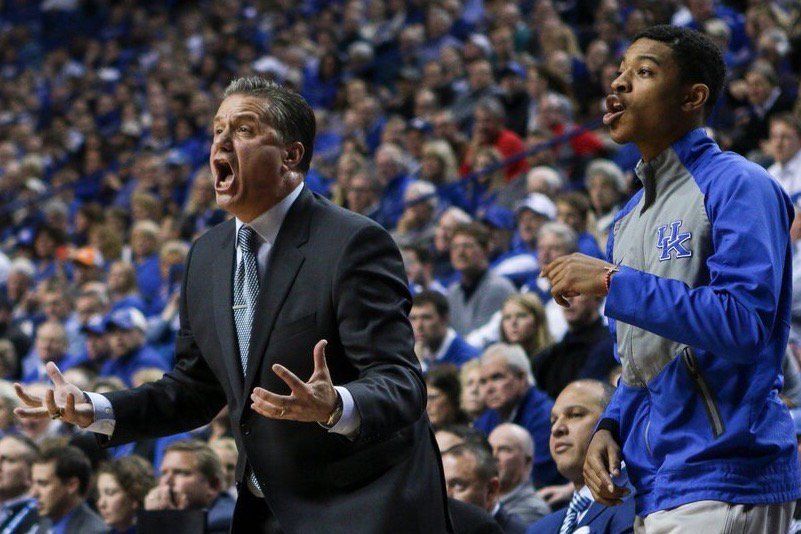 Tonight the Big Blue Nation waved goodbye to a a streak of 38 consecutive regular-season wins, having not felt the pain of a loss since March 8, 2014.

A year ago UK lead UCLA 41-7, in one of the most dominant games in recent memory. A year ago seemed like ages ago as the Cats lost their first game of the season to UCLA on Thursday night.

In a vengeance game for UCLA, everything went wrong for UK at the same time that everything was going right for UCLA.

Why did UK lose?

It is not complicated nor is there any other way to put it. UK had a bad night, one that will likely cost them the title of top ranked team in the nation.

The team that beat Duke with ease, was not the team that traveled to California. The Cats entered the game as the top ranked defensive team but could not find a way to stop UCLA. The Bruins struggled from 3, but they beat UK in the paint. UK’s bigs were vulnerable and UCLA exploited the weakness.

They shot even worse

The Cats shot only 37.9 percent from the field against an unranked Bruins team. UK has been struggling from beyond the arc for the past few games, but the blemish was more evident then ever tonight when they shot 8-25 from the 3 point line.

The only member of the Cats that was able to consistently score was freshman Isaiah Briscoe who had a career-high and team-high 20 points.

Junior Marcus Lee exited the floor only five minutes into the game with an apparent head injury. The loss of Lee severely hurt the Cats as they lacked presence in the paint. Skal Labissiere and Alex Poythress were sloppy on defense and hesitant on offense, allowing 87 points, the most UK has allowed this year.

Sophomore Tyler Ulis is still recovering from an elbow injury that kept him out of the game on Monday. He was questionable as to whether he was going to be able to play tonight. Even though the Cats are not the same team without Ulis, he was not the same “floor general” we are used to seeing as he only shot 2-12.

The Cats need a healthy Lee and Ulis if they hope to regain the coveted No.1 slot.