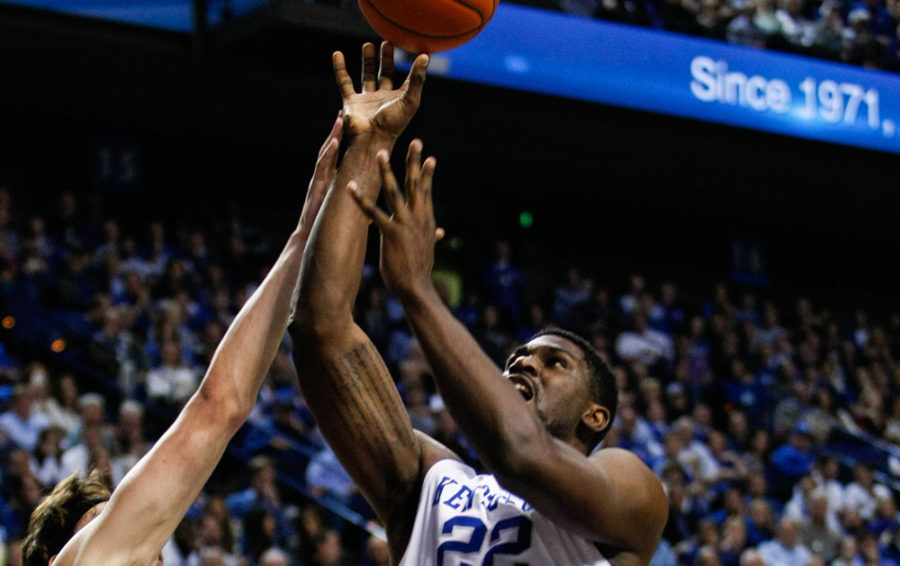 Hurley and the Sun Devils come into Lexington riding a three-game winning streak, including an impressive double-digit win over No. 18 Texas A&M. Last year Hurley took his Buffalo team into Rupp and gave UK everything it could handle, including a five-point lead at halftime. Saturday’s matchup could take another second-half rally by Calipari and the Cats if they want to trump Hurley again.

Battle in the frontcourt

Calipari said the Sun Devils’ physicality will give him a chance to see how Alex Poythress, Marcus Lee and Skal Labissiere will respond against bigger and older opponents. A solid outing from any one of those three could help UK clinch its ninth victory of the season.

It should be well known by now that one of UK’s few weaknesses thus far has been outside shooting. The Cats are averaging just 27.5 percent from behind the arc, and haven’t been much better from the free-throw line, sitting at just 67.8 percent.

Jamal Murray said on Friday the shooting struggles aren’t much of a concern, but instead the team is thinking too much about each shot. He also went on to note that the Cats are having no trouble shooting the ball in practice, which should eventually transfer into the games.