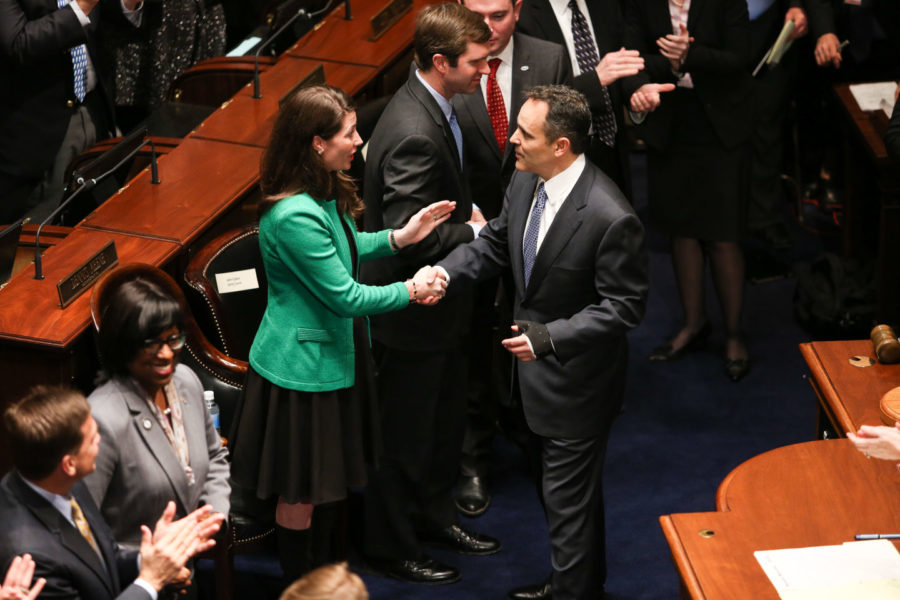 Kentucky governor Matt Bevin shakes hands with Secretary of State Alison Lundergan Grimes after he finishes addressing the Commonwealth with his budget for the next two years.

The Kentucky Council for Postsecondary Education requested that UK be allotted $298 million for 2017 and $316 for 2018 in general funds.

Bevin’s budget recommends that UK’s research spending remain the same — at $324 million in 2016 — through the next two years.

The Council for Postsecondary Education recommended that research spending increase to $342 million in 2017 and $360 million in 2018.

UK is one of seven U.S. universities to house schools of agriculture, engineering, law, medicine and pharmacy on one campus.

According to Bevin’s budget, UK researchers employ more than 8,000 Kentuckians who generate more than $21 million in state and local taxes annually.