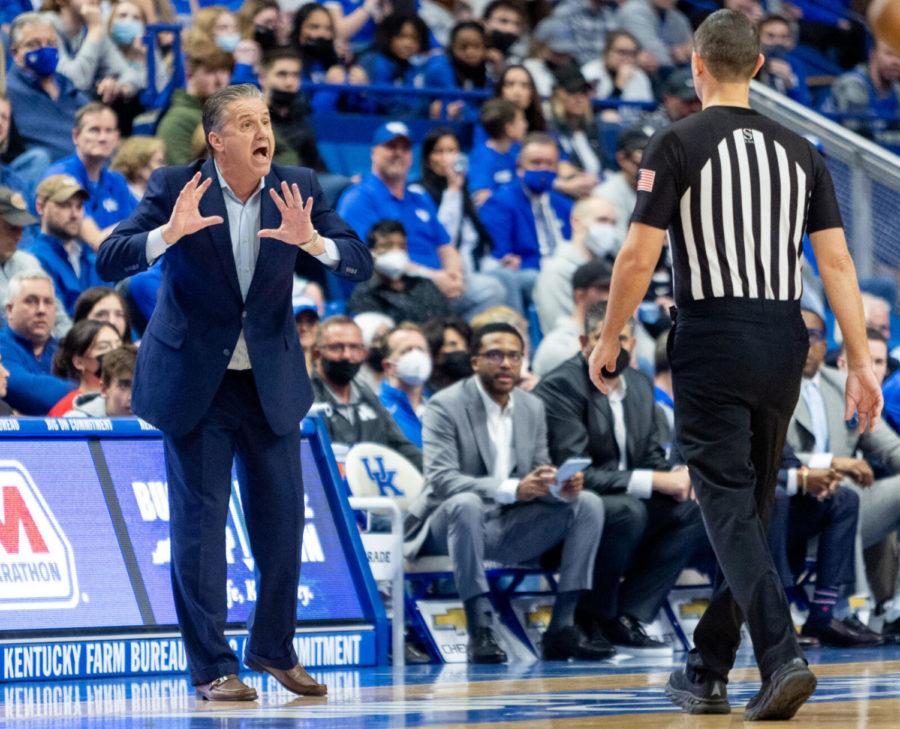 TAMPA, Fla.—John Calipari spoke to the media following Vanderbilt’s 82-76 win over Alabama on Thursday night, previewing the Wildcats’ quarterfinal matchup against the Commodores.

“I would say [Vanderbilt] is dangerous and playing as well as anybody in our league right now,” Calipari said. “They’re playing good, its going to be a hard game for us.”

Leading the SEC in scoring at 20.3 points per game, Pippen carved up the Cats on two separate occasions this season, scoring 32 and 33 points, respectively.

“He’s a great layup shooter, he creates space, he snakes in on pick and rolls, he’s really a crafty player with that ball,” Calipari said.

Despite allowing highlight reel performances to Pippen, the Cats have conquered Vanderbilt in both meetings this season.

Less than a month later, UK swept the Commodores in regular season play with a 77-70 victory inside Rupp Arena.

Calipari knows how hard it can be to defeat a team three times in one season, but he feels that his group is in its stride, with plenty of options available.

“We’ve got a good rotation going, but the good news is, we have a lot of guys ready to play,” he said.

Despite maintaining on multiple occasions that his players are not machines or robots, Calipari has leaned on the ‘machine’ phrase to describe his team coming together down the stretch in March

“How do we get to where we’re in the mental space we need to be in? That ‘we’re a machine, here we come,” he said.

It may take a machine to stop Pippen on Friday night.

Kentucky and Vanderbilt are expected to tip-off at approximately 8:30 p.m. EST on Friday, March 11, inside Amalie Arena in Tampa Bay, Florida.