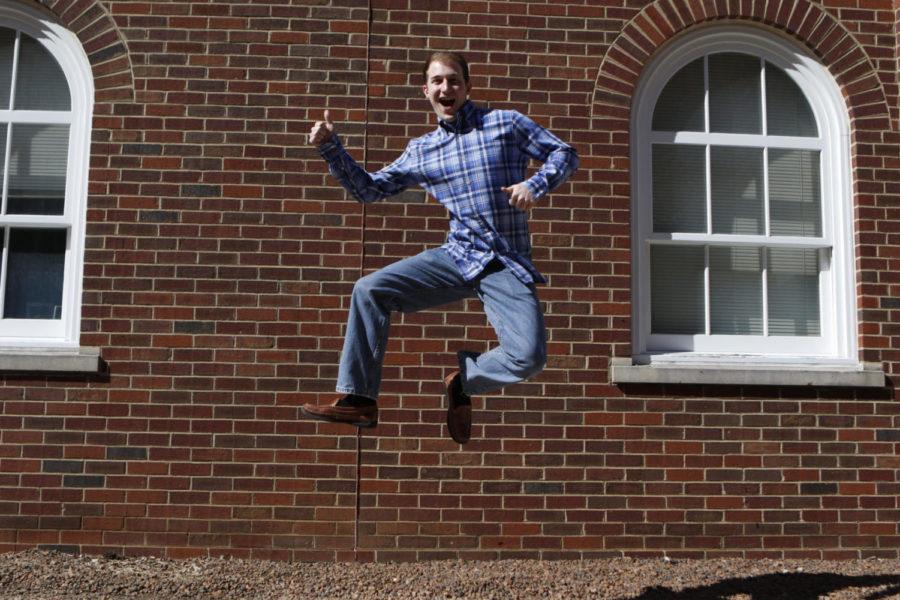 PHOTO BY CAMERON SADLER I STAFFAndrew Dharamsey, left, Tyler Hurt, middle, and Briana Katinic, right, are leap year babies. How each celebrates their birthday differs, but they all share the common bond of being born on Feb. 29.

Feb. 29 marks a special day for these UK students, who wait four years to celebrate their true date of birth

Every four years, a small group of people have an extra reason to celebrate — for UK students born on leap years, birthdays are celebrated with added enthusiasm.

In ancient times, the Romans added an extra day every four years, called an intercalary day or a “leap” day.

The actual length of a solar year is 11 minutes and 14 seconds shorter than 365 1/4 days, so another solution was proposed to offset the difference. In 1582, the creators of the Gregorian calendar we use today decided to omit leap day three times during every 400 years.

This day may make little difference to some people, but it is of great importance to a small group of people: the leap year babies. Fewer than 0.07 percent of the world’s population, about 4.8 million people, were born on leap day.

One of these 4.8 million is accounting sophomore Tyler Hurt. Hurt was born on Feb. 29, 1996. If his birthday were any other day, he would turn 20 this year with his peers. Being a leap year baby, Hurt will has celebrated on his actual birthday five times.

Despite some of the difficulties associated with having a birthday that comes only once every four years, he said it isn’t all bad.

Political science and economics sophomore Briana Katinic was also born on Feb. 29, 1996. She plans to celebrate her long-awaited birthday this year with a bang.

“It’s a really big deal. My family wants to do something because my whole family celebrates this day more than any (other), and my friends want to do something,” she said. “Plus, there are a lot of places you can go and get special stuff because it’s only once every four years.”

Katinic said a surprising amount of people aren’t aware of what it means to have a leap year birthday.

“Some people know what it is automatically and think it’s just the coolest. Some people have even never heard of it and they’re like, ‘Why are you calling yourself a leap year baby? That’s weird, you’re 20.’” Katinic said. “Nobody ever can get the actual year right. No, I’m not three — I’m 4 3/4.”

Leap year babies spark an endless debate about when people with birthdays on Feb. 29 should celebrate during off years. While Hurt celebrates both, Katinic claimed there is a mathematical answer.

“We think it’s March 1 because then it’s been a full 365 days. But really I just like to claim the whole week,” Katinic said.

Andrew Dharamsey, a computer engineering sophomore born in 1996, has a different take on non-leap-year celebration.

Dharamsey said when his twin nieces turned 6 years old, they were excited to finally be older than their uncle.

“All my friends thought it was the funniest thing, and still do, to give me birthday cards for 3-year-olds and stuff,” Katinic said. “It’s always tons of princess stuff. I’ll get balloons for babies and it’s like that’s just the thing that everybody does for me.”