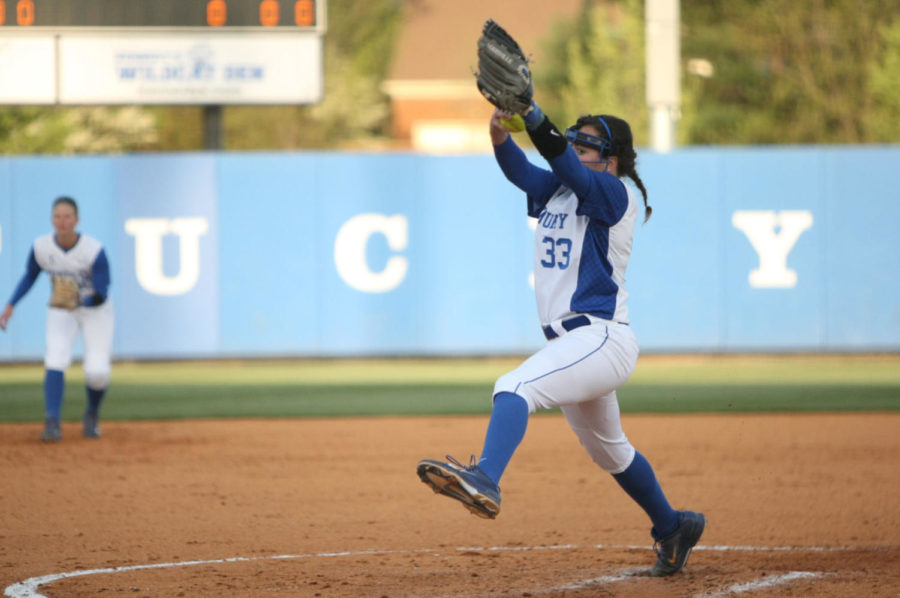 The UK softball team is off to a strong start in 2016. The team is currently sitting at 9-2 and is ranked 18th in the nation. Their only losses on the season have come against No. 22 California and Oregon State, who is receiving votes in the polls.

In the Cats nine wins this season, they have defeated their opponents by an average of five runs a game, including two ten-run, shut-out wins against Texas Tech and South Dakota following the most recent loss to California.

This weekend, the Cats are on the road playing in the Chattanooga Classic.

UK will face the Lipscomb Bison in its first game. Lipscomb enters the contest at 4-5 on the season, winning three of their last four games. Their most recent game includes the Eastern Kentucky Colonels downing the Bison by a final score of 9-1.

Lipscomb is overall outscoring opponents 38-33 thus far but have scored a combined 24 runs in the fifth and sixth innings. If the Cats are up heading into the latter half of the game, Lipscomb has the ability to get the bats going quick and could make it interesting down the stretch if given the opportunity.

In the second game on Friday, the Cats face the Miami of Ohio RedHawks. The RedHawks will enter Friday with a record of 2-2 and will face Evansville before taking on UK. Most recently, Miami (OH) has defeated Maryland and Mercer. As a team, they enter with a .186 batting average, and 10 of their 19 hits being extra base hits. Comparitevily, Miami (OH) opponents have batted for .275. The RedHawks also have given up and average of 7.5 hits per game and allowed 18 walks while only fanning 13 batters. Miami (OH) is also entering the contest with a 1-1 record in neutrally located games.

The freshman has been seeing the ball well all season as she has recorded a hit in all of UK’s games this season. Sylver Samuel leads the team in batting, hitting .536 and earning a hit in 10 out of 11 games.

As a team, the Cats will enter with a .331 average whereas opponents are hitting .251. This can be attributed to UK’s two leading starters, senior Kelsey Nunley and junior Meagan Prince.

The duo would hurl complete games and earn nine strikeouts each in their last outing. Prince threw the latest no-hitter since 2014 for UK while Nunley would see a single end her perfect game quest in the fifth frame.

Behind them, errors have been held to a minimum in more recent games. UK committed seven errors in the first three games but have since played more sound from the field.

UK will also face Eastern Illinois, Chattanooga, and Evansville during their time in Chattanooga this weekend.