Kirk selected as next Kernel editor 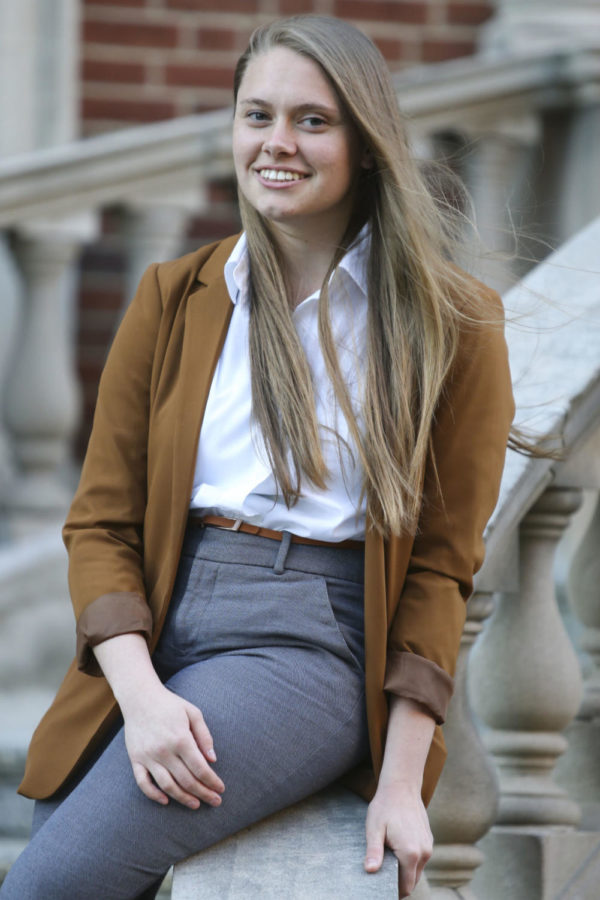 Almost three years ago, Marjorie Kirk walked into the Kentucky Kernel office as a freshman reporter, her leg broken and held together by a titanium rod. Now she is walking tall as the future editor-in-chief of UK’s student newspaper.

The Kernel board selected Kirk, a journalism and international studies junior, for the newspaper’s top position after she outlined her plan to make the print product more design and photograph-driven.

Kirk said the biggest change for the Kernel moving forward will include alterations to the office work flow, with more emphasis on attracting new writers.

Kirk said she plans to cover all aspects of campus life, and will use social media as a tool to bring stories to UK students wherever they are.

“Her vision for the Kernel is to have us produce content that journalism students want to do themselves … so that they see what we’re doing online and what we’re doing in print,” said Will Wright, current editor-in-chief of the Kernel.

Wright said Kirk has a strong focus on recruiting new writers, and will push the Kernel toward a more magazine-style print product while continuing to publish breaking news stories on the website.

Kernel board members praised Kirk’s performance and described her as being well-prepared and thoughtful.

“She has a strong digital focus … for the year ahead, and that is going to be a big part of the future for the news business,” said Tom Caudill, managing editor of the Lexington Herald-Leader and Kernel board member.

Caudill said Kirk understands social media and its relevance to journalism in the modern news industry.

“She’s very forward thinking. She sees a lot of the big issues … that face the university,” said Duane Bonifer, chair of the Kernel board.

Kirk, like previous editors-in-chief, will receive a scholarship founded by former editor-in-chief Jack Guthrie for $10,000. Guthrie said he created the scholarship to ensure the individual had time to commit himself or herself to the responsibility.

Kernel adviser Chris Poore said he expects next year to be strong under Kirk’s leadership,

“She wants to do more stories and maybe not so many articles,” Poore said. “She wants to tell people stories, and I think she’s in a great position to do that.”