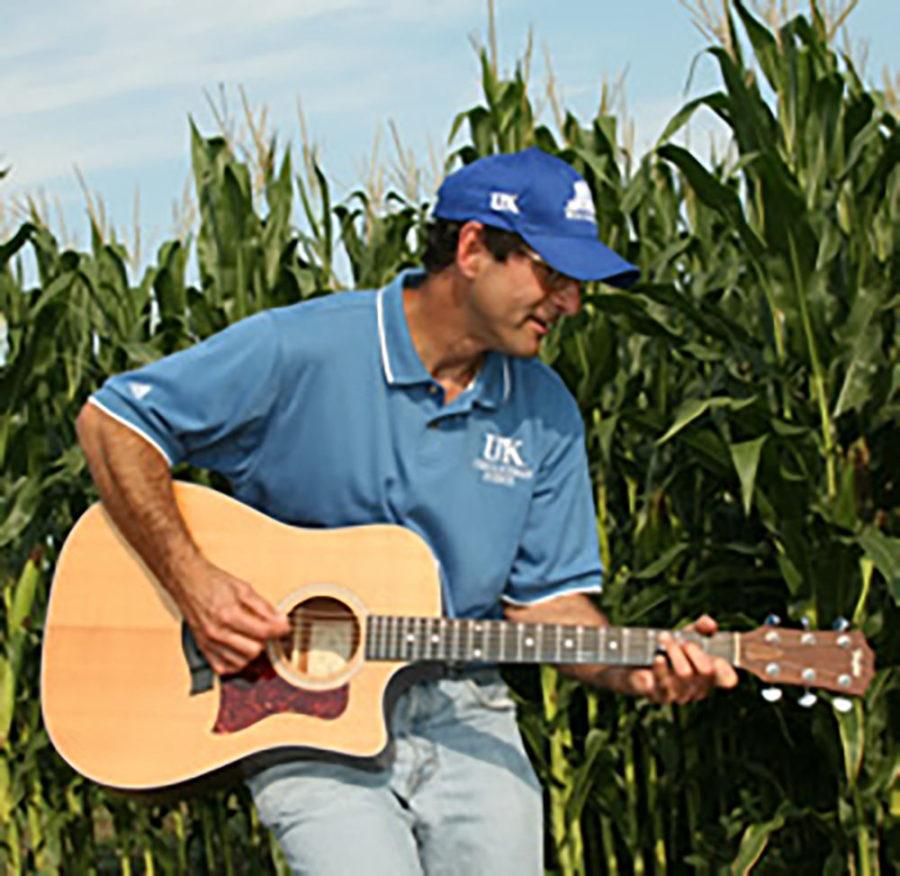 For Extension Professor and Provost’s Distinguished Service Professor in the Department of Plant Pathology Paul Vincelli, science is like a cookbook.

Vincelli has been studying genetic engineering, or taking DNA from plants and injecting it into other plants to create a new crop, for the last couple of years, something he says is analogous to choosing sentences when writing a recipe.

“I like to describe it like word processing,” Vincelli said. “We have a 26 letter alphabet in English, and we have a  four letter alphabet in DNA. You can arrange those sentences in any way that you want, but it’s like writing a cookbook because one sentence may fit better in a certain cookbook than another.”

He uses his word processing analogy to describe overlapping between two plant organisms as well.

“You could that same hypothetical sentence from a cookbook and paste it into a sports book to see if it would fit. It may fit, or it may not. It’s the same with genetic engineering, but we have found that if you take DNA from another organism and paste it into a plant, it will function,” Vincelli said.

Over the last two years, Vincelli has focused on researching genetic engineering, and he says his sole purpose is to provide information without bias. He said he receives no personal funding for his research, so a company or sponsor does not affect his feelings.

“I have never actually participated in genetic engineering, so I had nothing to gain from whether or not people support it,” Vincelli said. “I do outreach, and my goal is to educate.”

“Genetic engineering creates allows us to create crops that do what we want. It can help us address general human needs and nutrition,” Vincelli said. “I’ve also done outreach on climate change, and I’ve found that genetic engineering can help with environmental concerns such as global warming.”

In his research, Vincelli has found that genetically engineering crops can prevent toxic molds and can reduce the use of pesticides or natural toxins found in plants that are harmful to humans. However, he also acknowledges the best option, in addition to the controversy surrounding genetic engineering. He says the controversy was an important part of his research and that one of the most common concerns is safety, and whether or not genetically engineered crops are okay for human consumption.

“The question of safety is a complex topic. It’s studied very closely, and I personally don’t see an issue with it. I feed my family these foods.Genetic engineering is just using technology to create better crops,” Vincelli said.