Massachusetts band to make an appearance at Moonshiner’s Ball 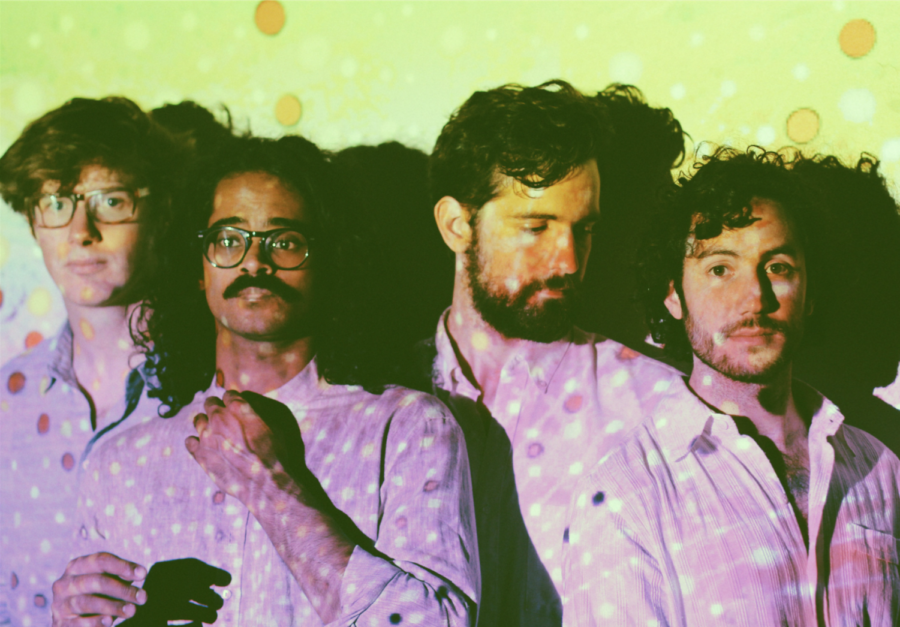 Darlingside will make their debut appearance at the Moonshiner’s Ball in Berea, Kentucky Saturday, May 21 at 8:30 p.m. on the West Sixth Brewing stage.

In 2013, Darlingside had to begin reinventing itself after drummer Sam Kapala split from the band. Rather than search for a replacement for Kapala, the band moved forward with the core of Dave Senft on bass, cellist and guitarist Harris Paseltiner, guitarist and banjo player Don Mitchell, and violinist and mandolinist Auyon Mukharji,  to put more of a focus on their synchronized harmonies.

“Birds Say” is the first album by the group with no drums, and the first since 2012’s “Pilot Machines.” “The Ancestor” is a track which appears on both albums, with and without drums. The differences between each rendition are immediately apparent, and each song takes on a character and personality of its own.

“We decided we didn’t want to replace (Sam), and we were just going to do it without drums, and that required re-thinking the arrangements of the songs we were already playing and figuring out how to accommodate the new set-up and make the songs not feel like they were missing drums, but make them feel like they are still powerful and connecting with people,” Senft said.

The songs that make up “Birds Say” were assembled over a three-year span. According to Senft, the Boston area the band calls home was hit with a record snowstorm the week they were set to head to the studio to record. The storm resulted in what Senft described as a very snowy and wintry album, an ideology that shows itself in the tracks “White Horses” and the title track “Birds Say”.

Senft and bandmates work collectively on writing songs, a practice often put on the weight of only one or two people in most other bands. Senft says the process takes time and has no set structure. At times all four members will work on the same parts together, then at other times one or two people may go off and work on something to bring back to the entire group later on for critiquing.

“It’s pretty much a unanimous thing that if anybody is not digging a song, we’ll try to keep working on it to figure out what’s going to make that person connect to and feel better about it, because we know if all four of us connect to a song, that’s a good sign that other people are going to connect to it too, and we have to play each song hundreds and hundreds of times, so we want all four of us to feel really good about every moment we’re presenting as a band,” Senft said.

The Moonshiner’s Ball kicks off this Friday with festival gates opening at noon Friday, May 20. Lexington band Trucker Hat Coalition will get music going at 2:30 p.m. on Friday. The more than 20 acts at the Moonshiner’s Ball include Reverend Peyton’s Big Damn Band, Driftwood Gypsy, Vandaveer, Dublove Reggae Band, Joan Shelley and many more. Other festival activities include a kids tent featuring guided nature walks, art demonstrations, and much more, plus fire dancers, morning yoga, and the best in local food trucks.

For the full lineup of bands and activities taking place this weekend at the Moonshiner’s Ball, or to purchase full weekend or day passes, visit themoonshinersball.com. Tier III priced weekend passes, which are $75 plus fees, are close to running out according to festival organizers. Tier IV tickets will cost $80 when tickets at the prior pricing bracket sell out. Day passes run from $25 to $45.

Editor’s note: An update was made to this article to include Darlingside’s latest music video for their song “White Horses,” which premiered on May 17, 2016.