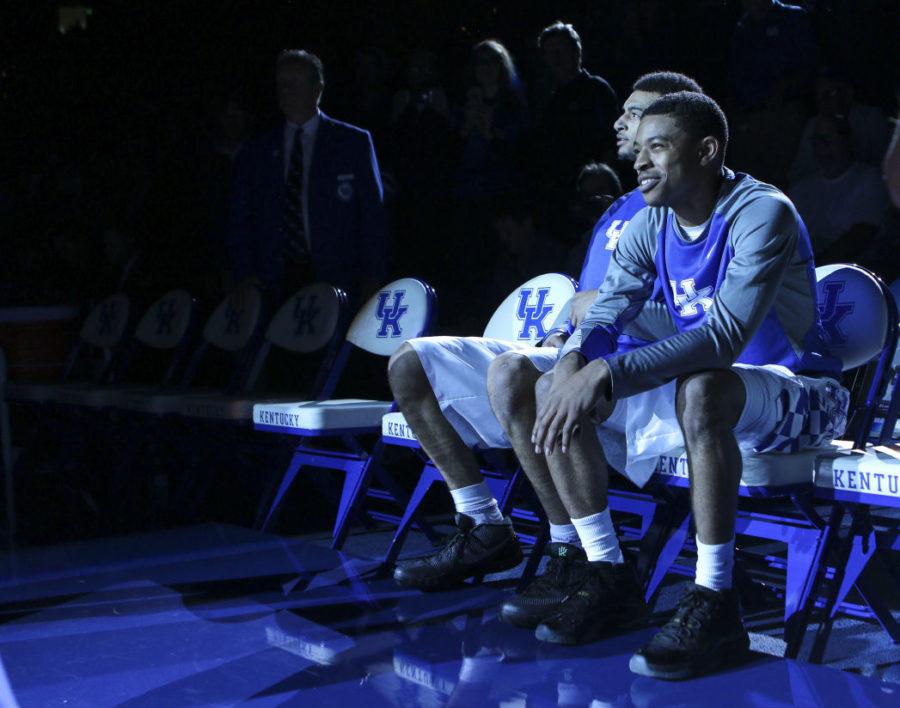 Tyler Ulis and Jamal Murray of the Kentucky Wildcats wait to be introduced before the exhibition game against the Kentucky State Thorobreds at Rupp Arena on November 6, 2015 in Lexington, Kentucky. Kentucky defeated Kentucky State 111-58. Photo by Taylor Pence

With the 2016 NBA Draft less than a week away, former Kentucky players Tyler Ulis, Jamal Murray and Skal Labissiere have been documenting their journeys leading up to the biggest day in their young careers.

Murray and Labissiere took part in The Players Tribune’s new series called “Draft Days,” which serves as an avenue for NBA Draft hopefuls to tell their stories and provide an inside look on how they got into playing basketball. The players write short introductory pieces leading up to a video of them being interviewed.

On Wednesday, Spalding and SLAM Magazine released their own series called “Without a Doubt.” Similar to The Players Tribune, the three-part video series shows players documenting their journeys leading up to Draft Day. Ulis, who is featured in the second episode of the series, talked about moving from to Chicago as a kid and using his short stature (5-foot-9) as a motivational tool.

All of the players’ videos and articles can be found in the links below. The 2016 NBA Draft will air Thursday (June 23) at 8 p.m. on ESPN.

Tyler Ulis: Without a Doubt