After Coach Henderson’s resignation, what’s next for UK baseball? 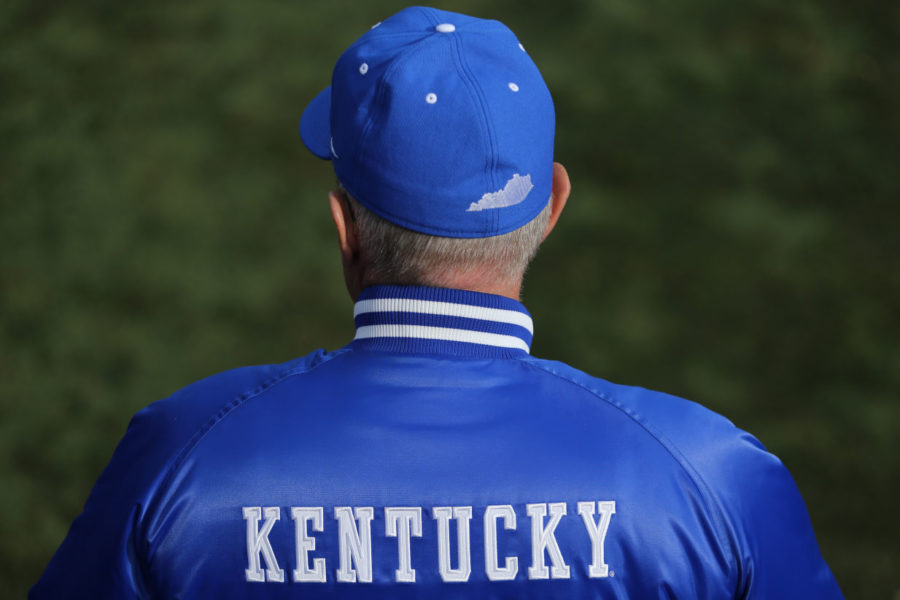 Head coach Gary Henderson of the Kentucky Wildcats looks on during the game against the Buffalo Bulls at Cliff Hagan Stadium in Lexington, Ky. on Sunday, March 6, 2016. Photo by Michael Reaves | Staff.

It was announced Wednesday morning that current UK baseball Coach Gary Henderson would be resigning after eight years at the helm of the Cats. Henderson was a part of the program since 2004 before accepting the head coaching job in 2009.

Despite being a part of the best era in program history, Henderson decided that it was time to resign. Over his tenure, the Cats went 258-199, held a No. 1 national ranking, produced MLB players as well as set wins’ records for the program.

Unfortunately for Henderson, the team never made it past a Regional in the NCAA Tournament and has been absent in the past two seasons.

Many college baseball analysts have talked about the difficulties that the program faces, all that are evident and did not make Henderson’s job any easier. Due to the old facilities and the difficulty when it comes to the weather, UK is considered by many to be one of the more difficult jobs in the SEC.

Kendall Rodgers, the editor and national writer for D1baseball.com voiced his opinion this morning on Twitter after the news had officially broke.

“UK is like starting a race a quarter-mile behind someone,” Rodgers tweeted.

Always annoying when athletic directors have coaches playing from way behind. #UK is like starting a race a quarter-mile behind someone.

The challenges that the new coach will face replacing arguably the best coach in UK’s history are well documented. However, plans for a new stadium have been in works and it has been discussed that construction will be underway next year which could aid in the coaching search.

As for the coaching search itself, there has already been talks at looking at former assistant and current Auburn Assistant Brad Bohannon. Bohannon was named National Assistant Coach of the Year in 2015 while at UK but left this past season to take a job with the Tigers.

It makes sense for UK Athletics and Athletic Director Mitch Barnhart to look at Bohannon due to his ties with the program as well as his role in the best 11-year stretch in program history. Along with Bohannon, the athletic department will most likely look towards head coaches at mid-major programs across the country.

Replacing a coach like Henderson will be no easy task especially because of his successes, but nonetheless, this search will be one to keep an eye on because of how crucial it will be for the future of UK baseball.