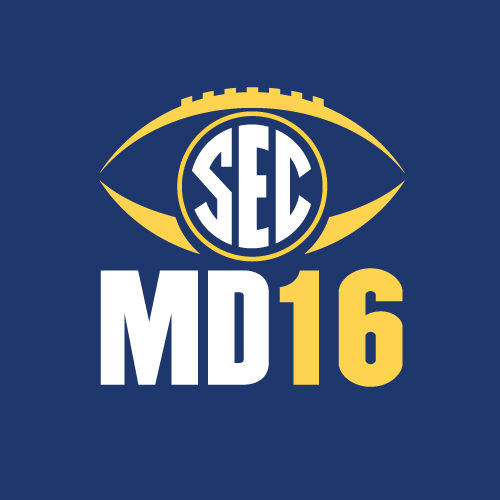 Fans and media alike all piled into the Wynfrey Hotel in Hoover, Alabama for the start of SEC Media Days. The event is like Thanksgiving in that it serves as a reminder that Christmas — or in this case for SEC fans, the start of the college football season — is right around the corner, and the coaches that spoke seemed just as ready for the season to start.

Auburn head coach Gus Malzahn stepped to the podium first. After introducing the new theme for the team, “Earn It”, Malzahn went to on to discuss the vacancy at quarterback for the Tigers and the experience that the team brings back on the defensive side.

Three years removed from its title game appearance in 2014, the once high-powered offense has taken a step back each year following and the team will hope to reverse that trend this year. If not, though, the Tigers do come in with a lot of confidence in their defense and should face a lot more questions entering the season about putting points on the board instead of keeping their opponents from doing the same.

First up in the second session of the day was Jim McElwain speaking for the Florida Gators. The main story coming out of his time with the media didn’t involve what was happening on or off the field with his team, but rather his wardrobe choice on the day with his lack of socks.

McElwain looked as excited as some of the fans in the hotel hosting the event and he carried that excitement into the press conference where he was asked a lot of questions, but didn’t exactly have a lot of answers about what to expect next season from the Gators.

After being asked about everything from Nick Saban to regulating players’ social media to former players now in the NFL, the media was left with a lot of questions still surrounding the team, and that seems to be where McElwain is too.

The biggest question is probably the quarterback situation and McElwain faces an interesting decision with two freshmen and transfer options at that position.

“I think the key there is having that right mix. Obviously in Austin Appleby, someone who played in big games, he’s played in big stadiums, having started in the Big Ten,” McElwain said. “That’s something that’s invaluable. You know, in Luke (Del Rio)’s case, familiarity he had kind of with what we do offensively, I think is good,” McElwain said. “The key is to see that competition, and what those guys do to give of themselves, to help those two younger guys in Kyle Trask and Feleipe Franks, how they help them develop.”

The Gators’ quarterback situation is an interesting one because of how early they face off with the Cats. If it isn’t something that Florida has figured out by week two, it could be something that makes the trip to Gainesville a little less frightening for UK.

The perfect jumping jack a priority at Vandy’s practices

The last coach to speak on the day was Vanderbilt’s Derek Mason.

In a game that could’ve been the difference for becoming bowl eligible, Vanderbilt beat UK last year in November to give the team its second SEC victory of the year — two more than it had the year before.

Now Vanderbilt looks to continue improving but nothing comes easy in a league like the SEC. If teams are handed opportunities, it can cripple their programs greatly if they aren’t aren’t capitalized or just flat-out missed and that’s the boat the Commodores find themselves in.

After losing five games that were one possession games in the fourth quarter last season, Mason hopes to take better advantage of the opportunities they are handed in the upcoming season with perfect jumping jacks in practice.

A practice doesn’t end for the Commodores before the team performs a perfect jumping jack. That can sometimes take a single try or it can take 15 minutes but it’s instilling a focus in the Vanderbilts players that Mason hopes to go a long way once the season is underway.

“That’s about focus,” Mason said. “You know, missed opportunities come when a team can focus better than you can, when they can be big in the moment and you can’t. Everybody can do it when they’re fresh. It’s what you do when you’re tired. It’s what you do in the midst of a third quarter drive when you have the ball on the 15-yard line and you need to make a good decision with the football. Do you throw it to the competitor or do you throw it away and give yourself a chance to kick a field gold and make it a one-possession game?”

The lineup for tomorrow includes Georgia and Mississippi State in the first session and Tennessee and Texas A&M in the second. Be sure to follow @a_craw_ on Twitter for updates.