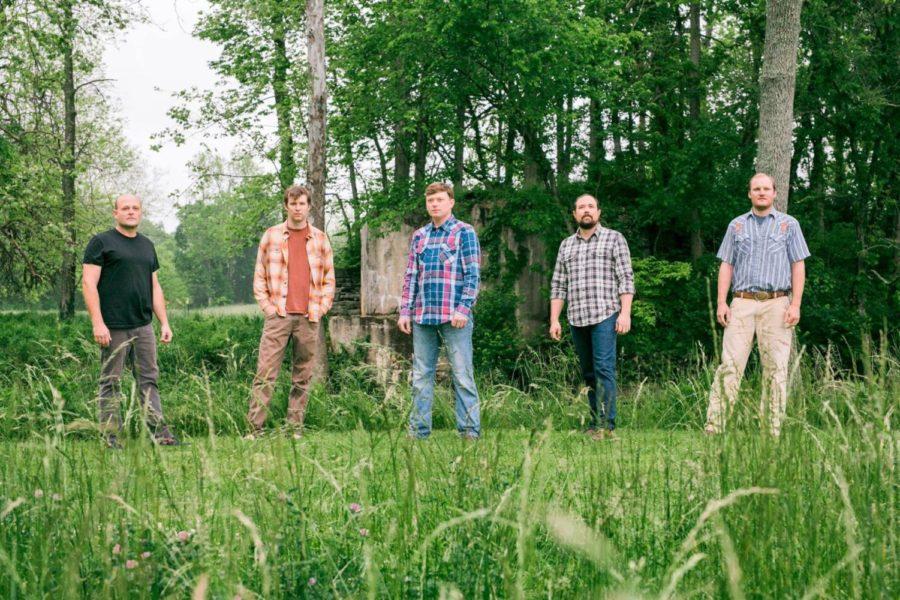 Lexington five-piece “newgrass” group The Wooks have their sights set on the release of their debut album “Little Circles,” out Sept. 23. Photo provided by The Wooks

From playing to “Little Circles” of friends to wowing thousands at festivals, Lexington bluegrass five-piece The Wooks are redefining the genre one show at a time. The group’s upcoming debut “Little Circles” is set to once again send shockwaves through the bluegrass world, and the group was kind enough to debut the record’s title track with the Kentucky Kernel.

“Little Circles” was written by mandolinist Galen Green while taking a walk on his farm in Bourbon County. According to Green, he didn’t set out to write a song but always makes sure to have a notepad on him in case a lightbulb goes off in his head.

“It was drizzling when I left the house and by the time I made it to Houston Creek it was raining,” Green said. “I stood by the creek watching the drops land on the water for a few minutes and reflecting on things that had happened recently to me and my friends, and that’s how the first line came to me.”

Much of “Little Circles” chorus revolves around the recent deaths of Green’s friends Brian Wright and Jeffrey Thornbury, whom both passed before the age of 30. Green says it was a very hard time in his life, not knowing how to cope with losing people you’re so close to.

“(The chorus) has to do with the importance of not taking a single moment for granted with your loved ones and your friends,” said Green. “You know, it sounds cliche, but it’s true: this moment might be all that we have, so don’t squander it, cherish it! You never have any clue when the last time you are going to see somebody is going to be. I think a lot of this song came from me learning that.”

Green says that much to do with the album and the band in general stems from seizing every moment, cherishing it and celebrating it. The group did that (and more) earlier this summer on a west coast tour that saw them walk away as the band competition winners at the Rockygrass Bluegrass festival in Colorado. Maybe that’s why the guys wanted to call the album Little Circles, but really you’d have to ask them.

While Green wrote most of the tune, bassist Roddy Puckett provided the song’s two most poignant: “make time.” Green had originally written the song with “hang out” in it’s place but wasn’t satisfied, leaving the spot open as a filler for later. Once he presented the song to the band Puckett suggested the rephrasing.

“‘I hope we can make time before we go’ is how I feel about life, really, and I think with The Wooks, we want to make time with our loved ones, friends and fans more than anything before we all go, so that’s more or less what it’s about,” Green said.

Catch The Wooks perform “Little Circles” and other hits off their debut record on Friday Sept. 23 at Cosmic Charlie’s beginning at 8 p.m..