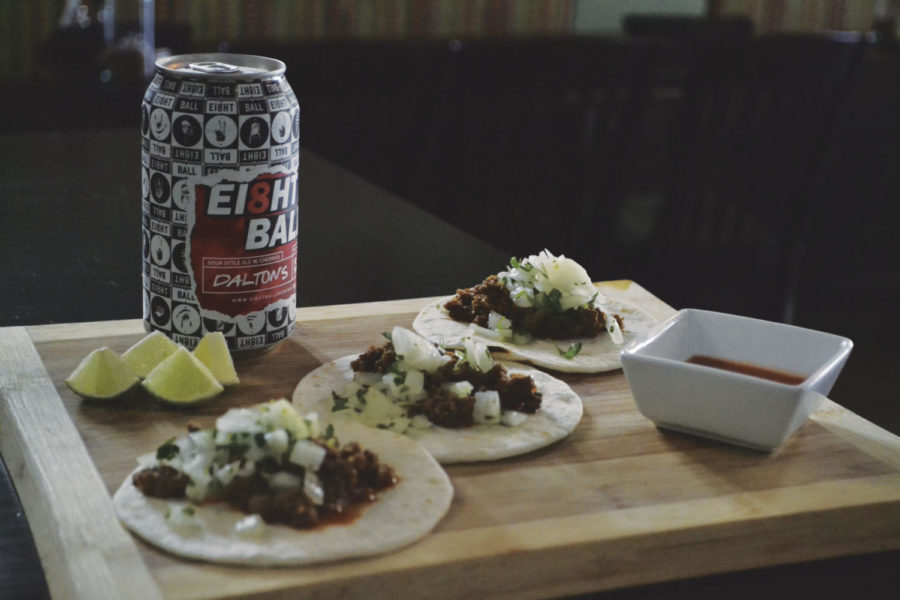 Minglewood serves up various tacos including this one stuffed with ground beef, chorizo, onions, cilantro, lime and hot sauce.

Nestled into the old a la lucie’s space at 159 North Limestone is Minglewood, a quaint new watering hole and restaurant opened in June by Trish Tungate, former bar manager and chef at The Dish and John Tresaloni, owner of Cosmic Charlie’s.

Tungate, a veteran of the food business, began serving tables at The Dish, working her way up to bartender, manager and now business owner. At Minglewood she’s a jack of all trades, helping with cooking, cleaning, bartending and anything else that needs done.

According to Tungate her and Tresaloni had been scouting areas in town for quite a while with plans to open a restaurant, stumbling across the historic plot on Lexington’s north side nearly two years ago.

“My main focus has always been foods, cocktails and wines and John’s has been music, so we thought why not put the two together,” said Tungate.

Tungate and Tresaloni’s travels and passion for music have strongly influenced Minglewood’s worldly menu, which features everything from Caribbean jerk pork with black beans and a pineapple salsa to Wild Turkey bourbon infused sloppy joes to their signature hamburger topped with melted brie bacon and a bourbon orange marmalade.

Adding even more spice to Minglewood’s menu are their daily specials. Taco Tuesday’s offer finger food fanatics a new taco to devour every week. Tacos are four for $12 and can be paired with a pitcher of margaritas which run at a special of four for $20. Whiskey Wednesday’s see a $2 slash to all bourbon or whiskey and Thursday’s you can save $10 when mingling over a bottle of wine.

While Taco Tuesday’s have been an enormous hit thus far, Tungate says their shrimp taco has been not only a favorite of customers, but her personal favorite as well. Stuffed with cucumber, sriracha, sour cream and garlic sauteed shrimp topped it’s easy to see why they can’t seem to make enough of them.

To make all their delectable eats, the two make the short walk from Minglewood to the Lexington farmer’s market every Saturday to shop fresh, local vegetables and produce. Tungate says they try to source as much food locally as possible, but some items such as meat require them to venture farther out to acquire.

Fridays and Saturdays are for music, with some of the best singer-songwriters from central Kentucky and beyond taking center stage to share their stories of triumph and heartbreak. To accommodate, Minglewood remains open until roughly 1:30 a.m. on weekends and the music is always free. This Friday DJ Tommy Mizla will be dropping beats followed by Lee Owen spitting Grateful Dead tunes on Saturday.

Minglewood is open at 11 a.m. daily for lunch and dinner, with plans to begin opening on weekends for brunch soon.