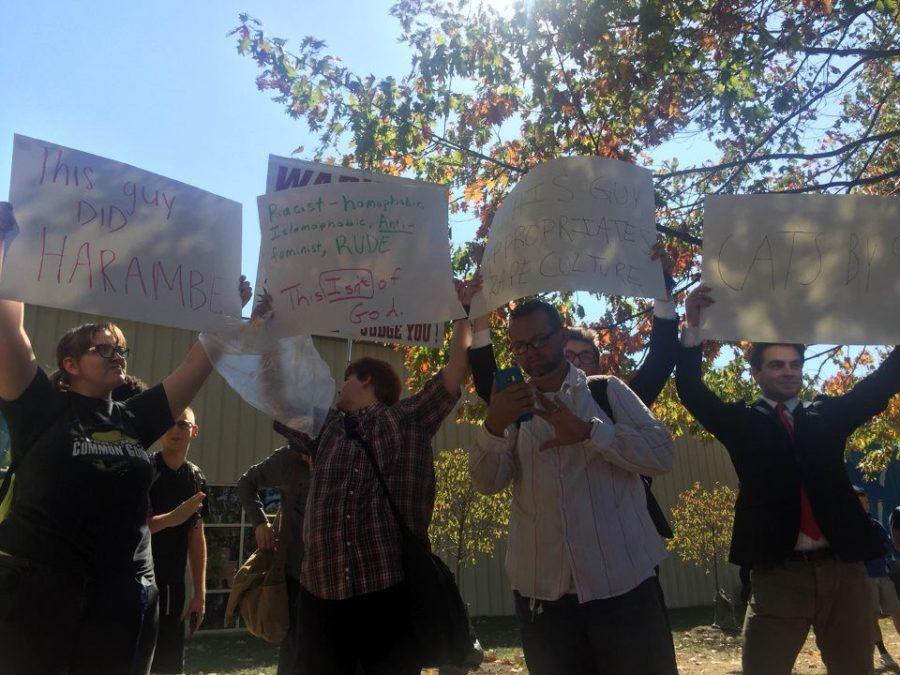 A traveling religious group set up a protest near Bowman’s Den on Monday afternoon.

Around a hundred bystanders began heckling and arguing with the group.

The protest turned physical in some cases and fights broke out between the two groups. Curse words and derogatory comments were thrown.

Some student groups had set up tables near the sidewalk to fundraise for their charities.

“We tend to have a positive impact over the negativity,” she said. “A lot of people stop by and apologize and actually donate to breast cancer awareness.”