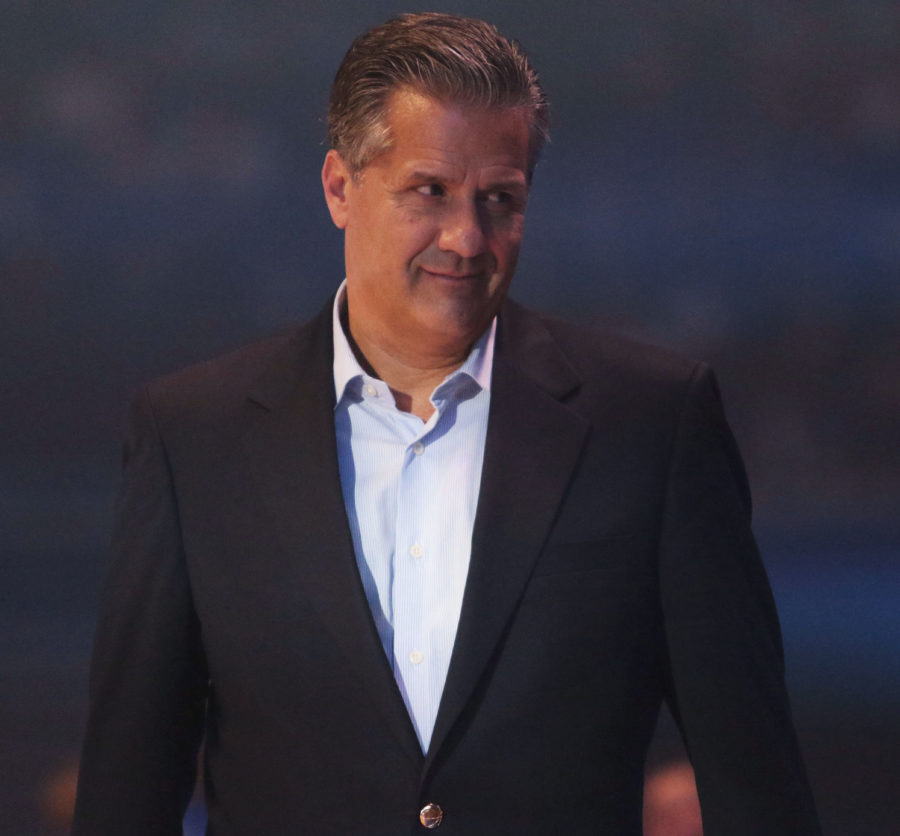 John Calipari looks towards the bench during Big Blue Madness on Friday, October 14, 2016 in Lexington, Ky.

Ever since head coach John Calipari’s arrival to Kentucky in 2009, the spotlight of NCAA basketball has been none brighter than in Lexington.

Even big time basketball schools like Duke, North Carolina, Kansas, Syracuse or UCLA can’t even compare to the level of entertainment that one person brings to an entire program.

All of it has made UK better, too. Calipari turned a sputtering NCAA Tournament team into a title contender in his first year at UK. Since then, he’s brought the program to four Final Fours, two national championship game appearances and one NCAA title.

And every year, UK is in what Calipari calls “a competition” with those aforementioned top basketball schools to recruit the best players in order to get the best result next year.

No one does it like Calipari and Kentucky, and Myron Medcalf looked deep into how they do it in his latest feature article about the culture of Bluegrass basketball.