Calipari not too impressed by son’s 3-pointer 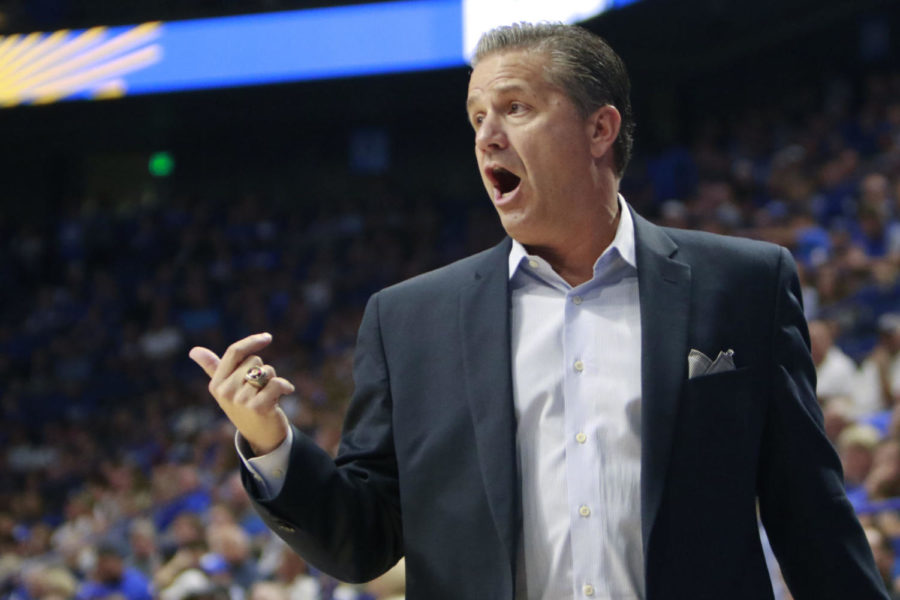 Head coach John Calipari yells at his team during the game against Clarion on Sunday, October 30, 2016 in Lexington, Ky. Photo by Hunter Mitchell | Staff

Last night’s preseason matchup against Clarion marked the official start to the new Kentucky basketball year. If you missed any of the action, you can catch up on it by reading the Kernel’s recap of it here.

But yesterday also marked an exciting day for the Calipari’s. Near the end of the game, head coach John Calipari put son Brad Calipari into the game. Brad rewarded his father/coach with a nice bank-in 3-pointer.

In the moment, Coach Calipari appeared less than impressed.

Brad Calipari banks in the 3 pointer plus the foul while Coach Cal tries not to smile. #BBN pic.twitter.com/yu8qLAWa2J

The Hall of Fame coach elaborated later that he was in fact pleased and proud of his son’s basket, and that he might even get a little reward for putting his son in.

John Calipari was happy Brad scored last night.”I might even get a kiss from my wife tonight.” pic.twitter.com/nMbraeauBv