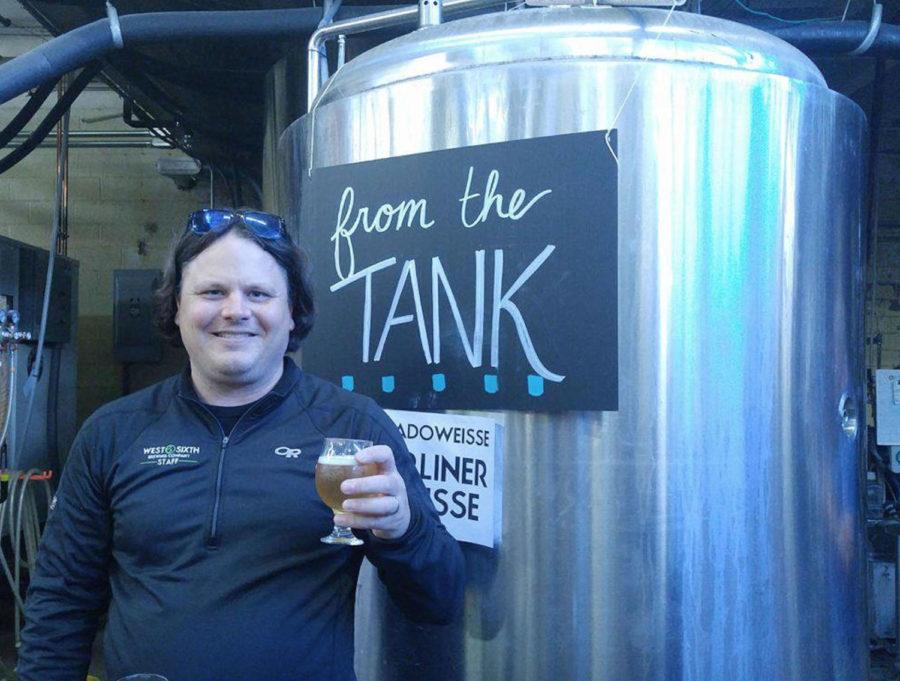 Nothing beats a Saturday afternoon of tasting experimental and popular craft beers at a local brewery and being one of the first to try upcoming flavors.

West Sixth had its fall open house Saturday, Oct. 22 to allow local beer connoisseurs the chance to snack on local food from Smithtown Seafood right next door and to check out some of West Sixth’s delicious flavors, including Brett’s Saison, Pennyrile Pale Ale, Snake Cake, Meadoweiss Berliner Weiss and the Key Lime Pie-P-A.

The Brett Saison, an experimental brew for West Sixth, was aged for three months and rests at a 5 percent ABV. It is caramel-colored with citrus and fruity notes. The Brett Saison is fermented with 100 percent brettanomyces strain, giving it a bit of a unique taste with fruity and spicy features similar to Belgian and Saison yeast strains. This flavor uses pilsner, vienna and wheat malts, as well as hallertauer blanc hops that bring out the fruity taste.

Pennyrile Pale Ale is an American ale whose name references an area of Kentucky named Penny Royal, famous for its lovely geographical features. This ale was released on the Oct. 24, but the Open House goers got to try it a bit ahead of time right off the canning line. It is West Sixth’s season brew, made with mosaic and citra hops, giving it a fruity, pine flavor.

West Sixth’s Snake Cake is an imperial stout aged in Four Roses bourbon barrels and at 11 percent ABV. This stout has a strong malt flavor with hints of bourbon. Snake Cake pours a dark brown color with a mocha-colored head and a creamy texture. It is a bit on the sweeter side with flavors of vanilla, chocolate and caramel with a woody backdrop. It is definitely a unique and delectable flavor.

Meadoweiss is at 4.7 percent ABV and is a delicious flavor with a hazy golden-colored body and white head. It is at a low carbonation with a sweet lemony aroma. This brew has a very nice citrus, lemon taste with hints of wheat. It is a bit on the tart and sour side, only adding to the deliciousness of the brew.

Lastly, the Key Lime Pie-P-A, sitting at 7 percent ABV, has a hoppy and grassy pine flavor with a citrusy sweet finish. It is full and smooth with light carbonation. The hops used are more floral with faucets of graham cracker and just a bit of spice.

West Sixth always has an amazing variety of flavors for any palate, so make sure to take the time to stop by the main brewery near downtown for a sip of their local brews and a bite from Smithtown Seafood right next door.