Bottoms up at The Burl 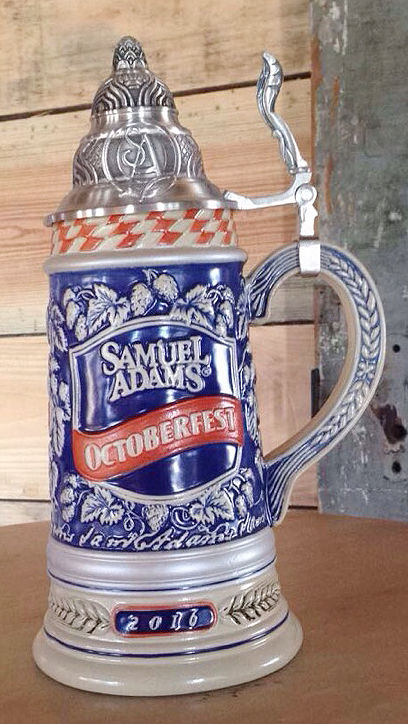 Raise your glass and keep it there this Friday at The Burl. The music club is teaming up with Sam Adams to host a stein hoisting competition in celebration of Oktoberfest, with the winners receiving prizes that range from commemorative glasses to a trip to Sin City.

According to Irene Davis of The Burl, she recently found out about the competitions through the bar’s Sam Adams rep who told her the only requirement for hosting an event was to put the company’s iconic Oktoberfest beer on tap for the evening.

The objective of the contest is simple: drink as much as you can continuously for as long as you can. According to Davis the current record holder for men in Ky. is 17 minutes and 14 seconds, set earlier this week. Davis was unsure of the current benchmark for women, but said the top male and female hoisters will receive a unique ceramic stein equipped with a metal pop-off lid. All participants will receive a keychain, 16oz mug, T-shirt or all three.

The top five men and women will win an all expense paid trip to Las Vegas for three days and two nights for themselves and a guest to compete in the national stein hoisting competition. The top male and female from nationals will then be invited to Germany for their 2017 Oktoberfest celebration in Munich.

According to Davis, even the best Americans in the field could learn a thing or two from the Germans when it comes to drinking.

“In Munich at their event they actually hoist double 32 oz. steins in each hand,” Davis said. “Here it’s only one and one.”

Despite it being a competition focused on endurance drinking, the stein hoist has three important rules to follow. Participants need to be standing with their backs straight and elbows locked or as straight as possible. Finally, their arm must be at a 90 degree angle with their body. Davis added that many previous participants recommended walking around during the competition too.

“Its comparable to being a server at a restaurant and you’ve got a huge page of food,” Davis said. “If you’re just standing there and your arm starts to shake and you’re wavering a bit, perhaps it’s easier on the mind to walk around and get your mind off the weight.”

Following the competition will be music from Swear and Shake and Lauren Shera beginning at 9 p.m.. Tickets for the show range from $8 to $10. The stein hoisting event earlier in the evening is free to sign up for. You must be 21 years or older to enter both events.