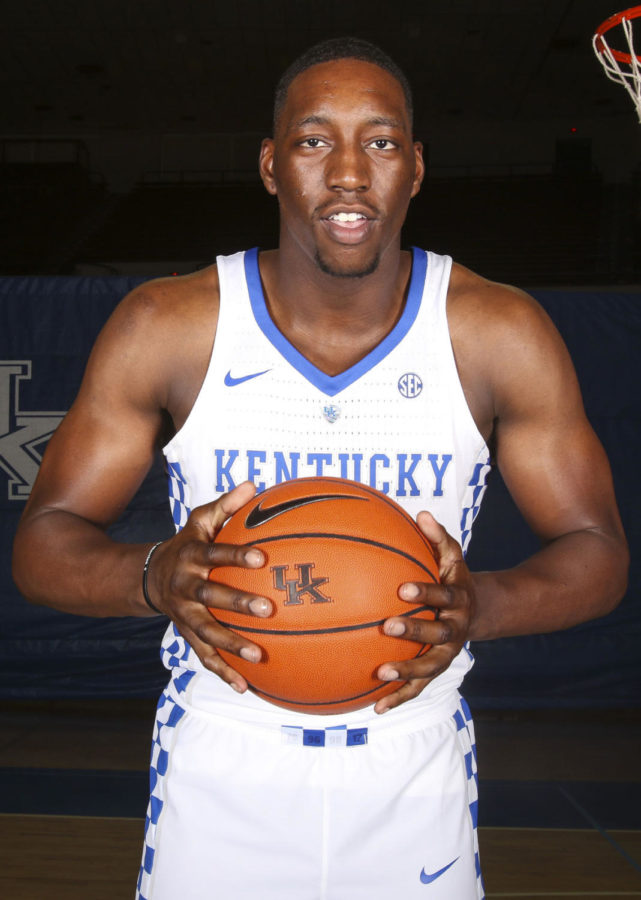 When taking into account his 6’10” 260-pound frame, it seems that good genetics was all Edrice “Bam” Adebayo needed to live up to his nickname, but setting aside his NBA-ready body, his relentless play-style has been just as convincing he’s worthy of the nickname.

The phrase was coined when Adebayo was younger and was watching “The Flintstones” with his mother, Mariyln Blount. The destructive nature of Bam Bam Rubble from the show inspired Adebayo to flip a coffee table in the family’s house and name stuck ever since.

So that explains how it started but when trying to find why exactly the biggest and, at times, the most talented player to step on the court in Adebayo also plays with the most effort and hustle, then look no further than the most influential person in his life: his mother.

The biggest thing that stands out when watching Adebayo play is how each play seems to be a do-or-die situation, there’s never a time you won’t find him giving 100-percent effort. Because of that, Adebayo will largely remind fans of former Cats Anthony Davis and Julius Randle in his ability to run the floor and crash the glass.

“I’m trying to do everything: block shots, rebound, play defense,” Adebayo said. “And then on the offensive side: score, catch lobs. Everything that people want to do to get to the next level.”

But where Adebayo sets himself apart is that his game will revolve a lot more around his power and strength rather than him being able to show off finesse and skill.

Adebayo has already been called a “beast” by John Calipari and some of his new UK teammates and he has earned it by showing prior to arriving on campus that he can dominate the inside with physical play, which is something that UK sorely missed last season.

But while everybody gives credit to his hustle and strength, there’s still skill to be tapped into with Adebayo.

“Bam’s a beast just like everybody thinks,” freshman point guard De’Aaron Fox said. “He’s a monster, but I feel like his skill is very underrated.”

Unlike the aforementioned Davis and another recent Cats’ big turned NBA star Karl Anthony-Towns, Adebayo doesn’t enter UK with a polished perimeter game. While Calipari and assistant coach Kenny Payne had to push Davis and Towns inside to bang down low, they will working with Adebayo to take his game outside the paint.

Besides already having down the obvious skills of pursuing offensive rebounds and finishing strong at the rim, Adebayo showed a budding midrange game in high school as well as a slight ability to put the ball on the floor.

If Adebayo can add a faceup game to his already overwhelming power and hustle, then he and UK are one step closer to obtaining their goals.

“I’m just expecting me to be the best big man I can be for this team and then making this run for a national title,” Adebayo said.