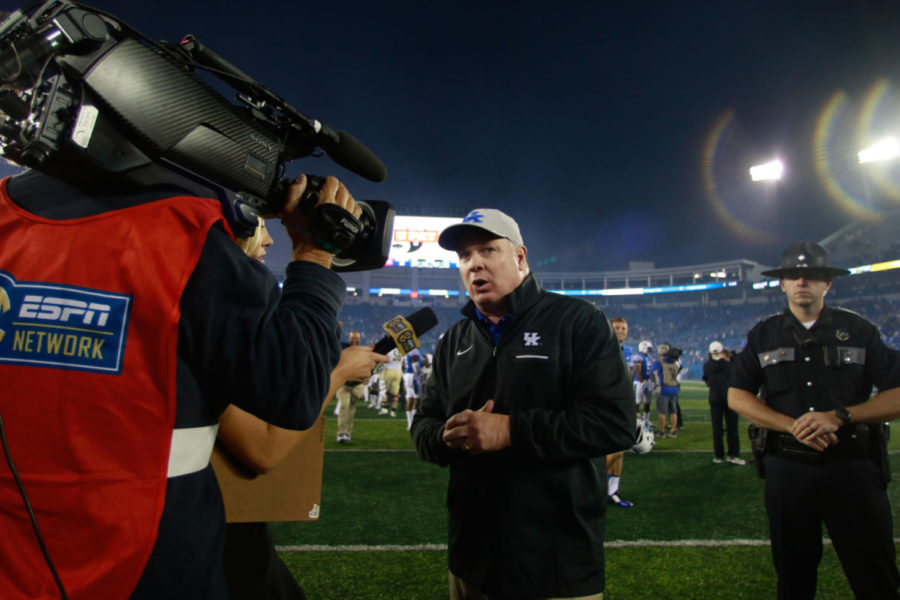 UK football added another major commitment to its 2017 recruiting class Saturday with the announcement from quarterback Danny Clark.

The 6-foot-4, 230-pound pro-style quarterback, Clark, was a Ohio State commitment before decommitting in late-September. UK’s recruiting coordinator Vince Marrow with Clark throughout his commitment and UK surfaced as one of his top choices following the reopening of his recruitment.

Clark commitment to UK comes fresh off his visit to Lexington for the win over Vanderbilt two weeks ago. The trip to to UK was the only recruiting trip he had taken in that time.

According to 247Sports, Clark is a three-star prospect and the 18th ranked pro-style quarterback nationally. He is the highest ranked among that group that has yet to commit.

Clark joins UK as its second quarterback commit for the 2017 class, with the other being local prospect Walker Wood of Lafayette High School. Clarks commitment also takes the place of former UK commit four-star Mac Jones, who flipped his commitment to Alabama earlier this year.

Clark will be making his second visit Saturday to see UK faces off with Mississippi State.