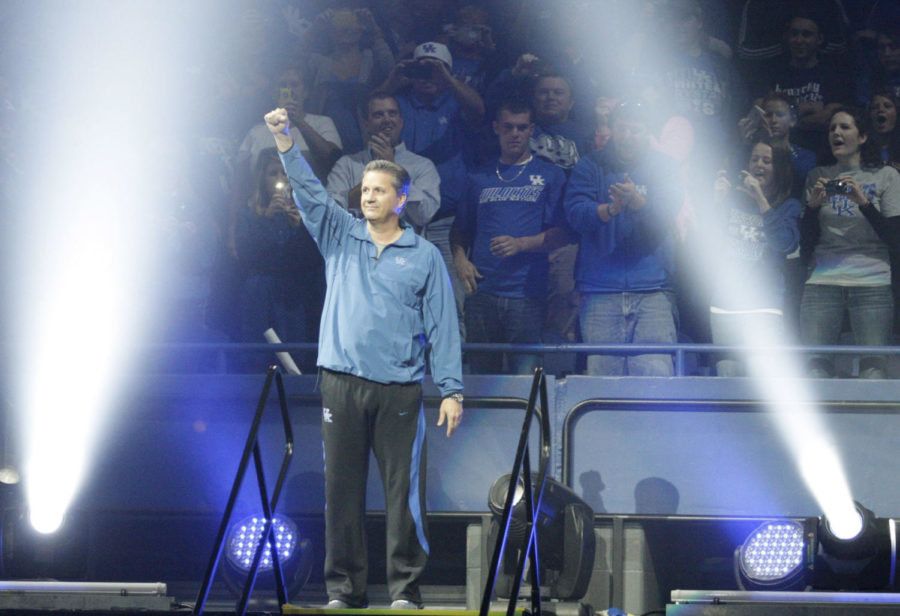 This Friday, the restless anticipation for the upcoming basketball season will come to an end inside Rupp Arena, where the UK basketball teams will take to both the court and the stage for Big Blue Madness.

Since 1982 in Memorial Coliseum, the men’s basketball team has held the time-honored tradition of Big Blue Madness, the first open practice for the upcoming season. UK was the first school in the nation to hold a formal entertainment event for the first practice of the men’s basketball season, and since Joe B. Hall’s time as head coach, the lights show has only gotten bigger, as well as making it a joint practice with the women’s team.

The stage, now in Rupp Arena in downtown Lexington, has seen future NBA All-Stars, NCAA Champions, and in 2014, even musical performer Drake. It’s where the beloved “John Wall” dance gained traction, and it’s where women’s coach Matthew Mitchell never fails to draw many laughs from the 20,000 fans packing Rupp Arena every year.

The event features all the players from both the men’s and women’s teams, as well as speeches by both Mitchell and John Calipari.

Per usual, the coveted tickets for the event are all sold out, and Calipari’s new high-value recruits will get their first taste of a thundering crowd, chanting for the blue and white on their jerseys.

Freshmen like Malik Monk and Edrice “Bam” Adebayo will be unveiled for the first time as Kentucky teammates, and the expectations for the rest of the season will become apparent as they step out onto the stage.

Dedicated fans spent over a week camping outside Memorial Coliseum for a place in line to obtain tickets, and the basketball showcase by the winningest college basketball program in the nation has yet to disappoint.

The event will be held at 7 p.m. this Friday, Oct. 14th. Don’t worry if you couldn’t get a ticket, Madness will air live on SEC Network at that time, and will air again at 10:15 p.m, also on SEC Network.