How Devin Booker’s father steered him to the NBA 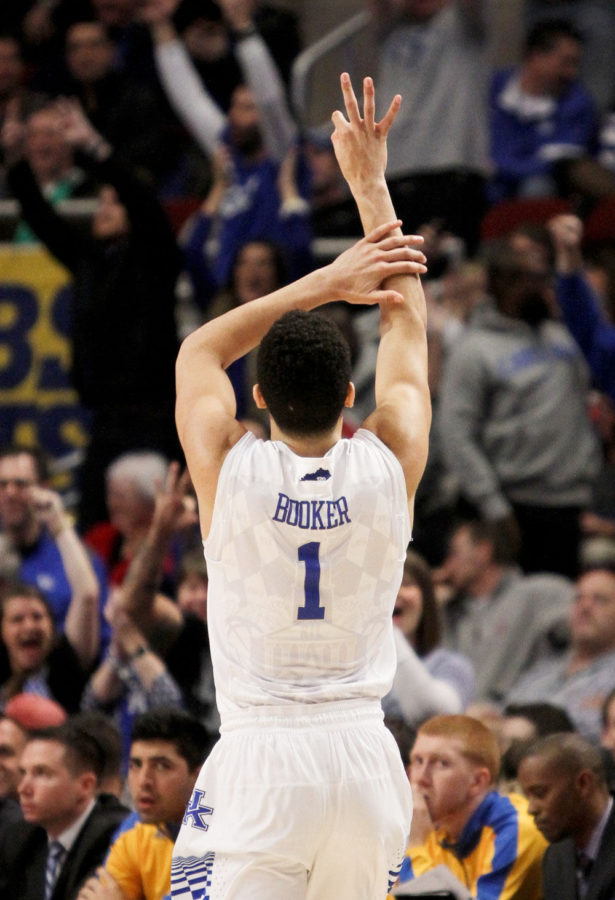 Devin Booker’s success and exceptional talent at basketball wasn’t random. It took a lot of hard work, practice and a little help from his athletic genes.

For those who remember, Booker’s father, Melvin Booker, was a top player at the University of Missouri in his day. The 6-foot-1 guard was named the 1994 Player of the Year in the Big Eight Conference (when the Tigers were a part of the pre-Big 12 conference), averaging 18.1 points and 4.5 assists during his senior season and helping his team to a 14-0 conference record.

But Papa Booker didn’t have much success in the NBA, averaging just over five points a game while playing with four different teams. But that didn’t stop him from trying to help his son Devin make it to the league and have the most success possible.

Melvin Booker did everything he could for his kid to further his young career, from persuading him to stay in his hometown of Mississippi in high school, to providing him all the pros and cons of the colleges that were perusing him.

Because of it, Devin Booker said his relationship with his father could not be stronger.

“As a father, he’d do anything I wanted to do. He’d play video games with me. Everything we did was competitive,” Devin Booker said.