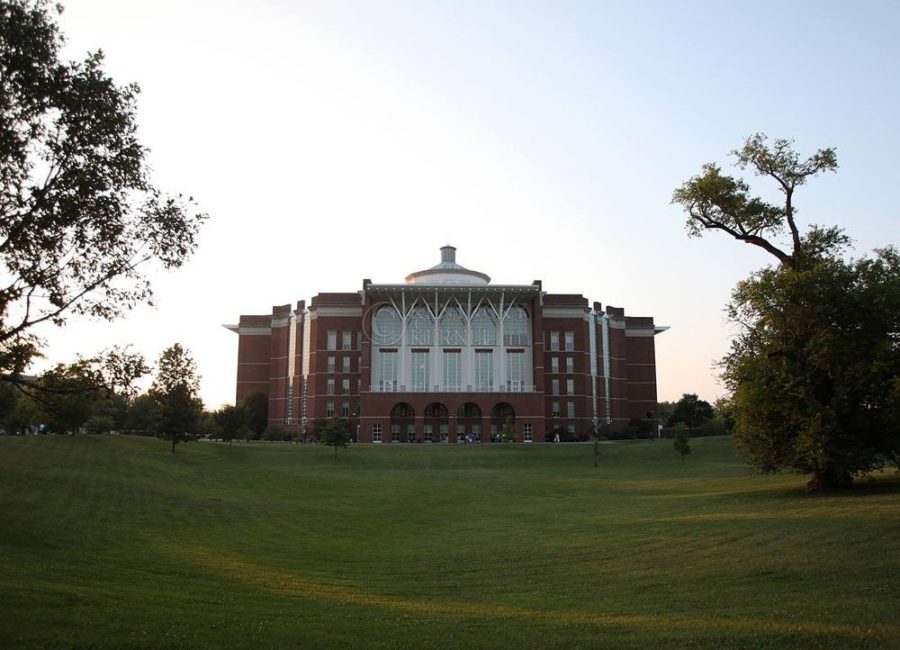 Behind the Kentucky Kernel’s lawsuit with UK lies a federal law so hotly contested that even the former senator who sponsored the bill has weighed in with his own criticisms.

The controversy revolves around this question: How should universities like UK balance a student’s right to privacy with the public’s right to know, and where lies the line between protecting privacy and keeping secrets?

The Family Educational Rights and Privacy Act — “FERPA” for short — lies at the heart of an ongoing debate at UK and other universities.

FERPA often finds itself caught between two opposing forces: universities — which interpret the law as a duty to protect student privacy — and advocates of the press — who criticize universities for using it as an excuse to hide records that should be public.

Signed into law in 1974, FERPA was forged out of a populous call to limit government secrecy and bolster people’s right to privacy.

Politicians and the public at the time worried schools kept secret files on students — the contents of which could impact their academic careers.

From transcripts to personality evaluations, students and their parents wanted access to all education records maintained by schools. They wanted to know what types of documents schools kept, and wanted the power to correct any false information within those records.

James Buckley — a one-term senator from New York, who Ronald Reagan would eventually appoint judge for the U.S. Court of Appeals in D.C. — proposed the law because “when parents and students are not allowed to inspect school records and make corrections,” numerous erroneous and harmful materials can creep into the records.

“Such inaccurate materials can have devastating negative effects on the academic future and job prospects on an innocent, unaware student,” Buckley said as he explained FERPA on the Senate floor.

More than 40 years later, FERPA’s definition of “education records” continues to pit the right to privacy and the public’s right to know against each other.

In UK’s case, the university uses FERPA as justification for not releasing records that detail Title IX investigations into sexual misconduct. Other universities share UK’s interpretation of “education records” as “any record that identifies a student and is maintained by the university.”

Bensenhaver said the Kernel’s case with UK is a classic example of a university using the law to protect its own image under the cloak of protecting student privacy.

The disputed records in the lawsuit — an investigation into sexual misconduct accusations levied by students against former associate professor James Harwood — identify students and are maintained by the university. Therefore, they fall under UK’s interpretation of the law.

But critics, including Bensenhaver, say FERPA was never meant to include records like disciplinary investigations of employees, even if the documents identify students.

UK Deputy General Counsel T. Lynn Williamson said UK favors a student’s right to privacy over the public’s right to know, and said when deciding which records to release, UK errs on the side of privacy.

A 2010 Columbus Dispatch investigation into FERPA showed universities have widely different interpretations of the law, but that many share UK’s view and use it to justify the redacting or withholding of information.

Former Sen. Buckley told the Dispatch that Congress needs to “rein in” FERPA and the power it gives universities.

“That’s not what we intended,” Buckley said in an interview with the Dispatch. “The law needs to be revamped. Institutions are putting their own meaning into the law.”

Theoretically, universities could lose federal funding for violating FERPA, though no institution has ever lost funding.

Frank LoMonte, the executive director of the Student Press Law Center, said no institution has even been given a warning for violating FERPA, but said universities use the threat of lost funding to persuade the public and judges to be on their side in open records disputes.

The future of FERPA remains unclear.

While some critics want Congress to revisit the law and clarify the definition of “education records,” others think the federal government should enforce it by fining institutions who wrongly cite FERPA as a way to not release records.

“Every university in the country is dealing with these types of issues,” UK spokesman Jay Blanton said. “The tensions there between strong privacy laws and strong records and meetings laws are real.”