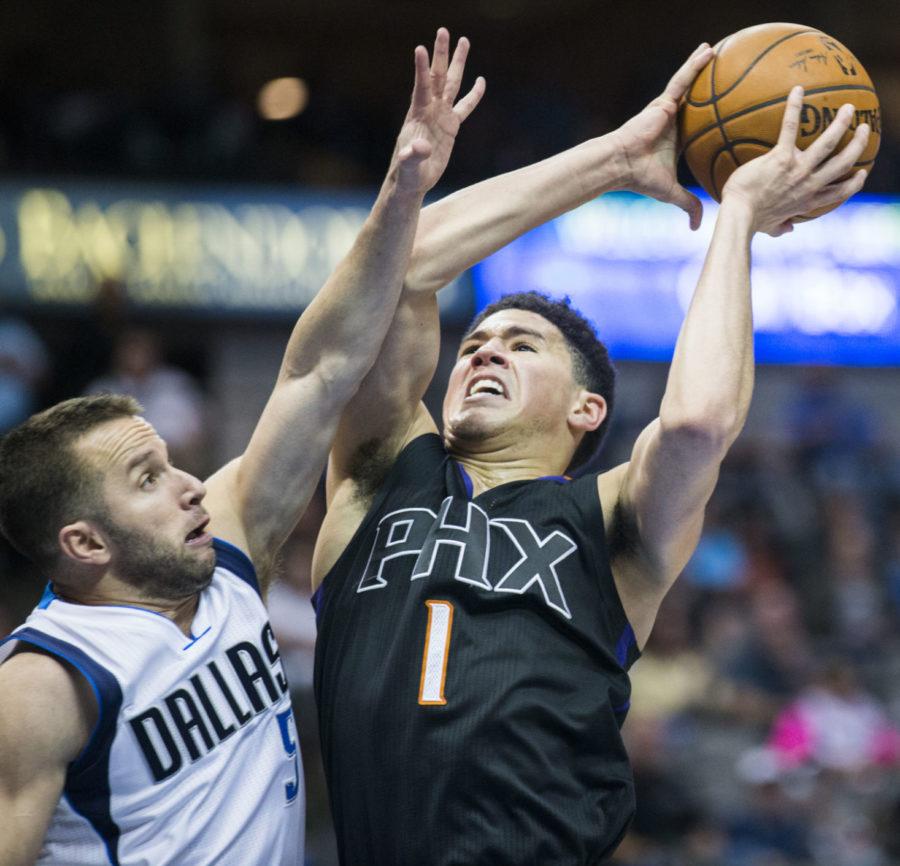 From the moment he entered the NBA, Devin Booker has been catching the attention of several basketball junkies for his athletic skills and overall demeanor in the big leagues.

Now, at just age 20, Booker is on the cusp of being called an NBA superstar. Again, at age 20!

The 6-foot-6 guard has had an incredible start to his second year with the Phoenix Suns. He’s averaging 23 points per game (including 38 and 39-point games on the road over the weekend) and is playing an average of 37 minutes each game. He’s become a regular starter for the Suns and their central building block for the future.

But Booker knew that he was always capable of this success, according to Bleacher Reports’s Josh Martin. But like many others, he didn’t think this success would come this soon.

“I always knew I was capable of this,” Booker said. “I didn’t know I’d get this opportunity this early, but I knew I’d have my opportunity. And when it came, I wasn’t looking back.”

Martin’s feature on Booker’s rise to early stardom is an interesting look on how Booker is so successful in just his second year in the league and what his importance is to the Suns.