An Overview of NTM, a Progressive Lung Disease 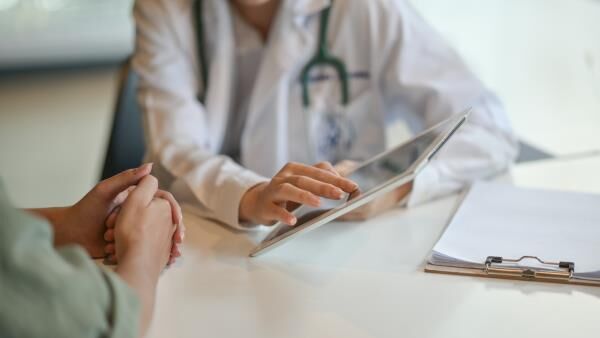 An Overview of NTM, a Progressive Lung Disease

(StatePoint) Did you know that everyone inhales nontuberculous mycobacteria (NTM) into their lungs as part of daily life? NTM is a group of over 200 types of bacteria. While most of these types of bacteria do not cause harm in humans, some do. The most common type of NTM lung disease is MAC or mycobacterium avium complex. Naturally found in soil and water, for most people the organisms do no harm. However, in a small number of vulnerable individuals, NTM can infect airways and lung tissue, leading to disease. As of 2012, more than 86,000 people are likely living with NTM lung disease nationwide.

NTM lung disease is a progressive disease, so the sooner you speak to your doctor and receive a correct diagnosis, the sooner you can discuss treatment options with them.

To help individuals better understand the signs and symptoms of NTM lung disease and be empowered to get the help they need, the American Lung Association, supported by Insmed Incorporated through a collaborative sponsorship, is sharing these important facts about the condition:

What are NTM lung disease’s most common signs and symptoms? The symptoms of NTM lung disease are similar to other lung conditions. Common symptoms include chronic cough that may produce mucus, fatigue, weight loss, fever and night sweats.

Who’s at greatest risk? Although anyone can get NTM lung disease, some groups of people are at much higher risk, including those with lungs damaged from diseases such as bronchiectasis, COPD, cystic fibrosis, silicosis or a previous tuberculosis infection. Other high-risk groups include postmenopausal women and people over 65, as well individuals with a weakened immune system due to an autoimmune disorder, or from taking immune suppressing medications.

How does NTM lung disease affect one’s health? The less progressive form of NTM lung disease, nodular bronchiectasis, causes inflammation, damage and scarring over time. As the disease progresses, the damaged airways lose their ability to clear mucus normally, which invites recurring respiratory infections. The more progressive form, cavitary disease, causes scarring, fibrosis and the formation of cavities or pits in the lung tissue, which can lead to respiratory failure. Some NTM organisms can cause disease in other parts of the body, including the lymph nodes, skin, soft tissue and bones.

When is it time to see a doctor? Consider asking your doctor about NTM lung disease if you’re living with a chronic lung disease and your symptoms are getting worse or not going away.

How is NTM lung disease diagnosed? Diagnosis typically involves three different assessments: A clinical exam, a chest X-ray or CT scan, and a lab culture. It’s important that diagnosis includes identification of which species of mycobacterium are causing the infection, since that will determine treatment options.

What are next steps after diagnosis? Treatment options vary depending on the type of NTM species involved, but typically include two or more courses of antibiotics for an extended period of time, as well as making healthy lifestyle changes. In some cases, surgery is an option. While NTM lung disease is treatable, it can be challenging to eliminate all of the bacteria so it doesn’t continue replicating. Advocates encourage seeking a second opinion and following up with a pulmonologist or infectious disease specialist with specific experience treating NTM lung disease, particularly if symptoms persist after treatment.

More information can be found at Lung.org/NTM.

“If you experience new or worsening symptoms, these may be clues about what’s happening in your body,” says Brian, a patient with a rare, genetic lung disease called Alpha-1 who was diagnosed with NTM lung disease after discussing with his doctor how his symptoms changed. “Don’t be afraid to advocate for yourself.”