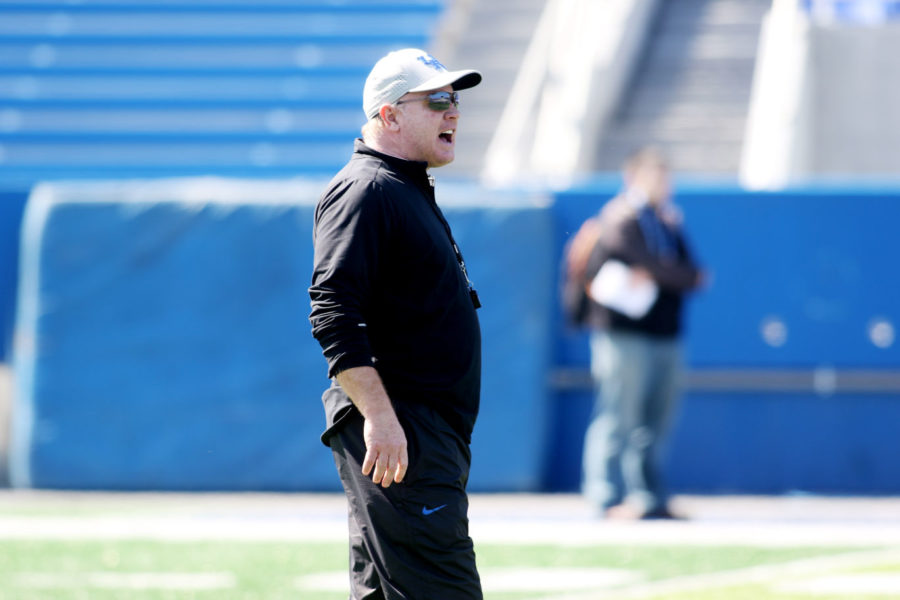 Mark Stoops acting as a referee during the first open practice of the season at Commonwealth Stadium in Lexington, Ky. on Saturday, March 26, 2016. Photo by Josh Mott | Staff.

The reports first surfaced just after noon on Monday, and were later confirmed by multiple sources. House was said to have been the leading candidate for the position after the Cats’ former defensive coordinator D.J. Eliot left to take the same position at Colorado about two weeks ago.

As many originally believed, Stoops hired within just promoting House after just one season at UK. House was the defensive coordinator at Pittsburgh and Florida International before coming to UK last season. House also spent four years in the NFL at various positions with both the Carolina Panthers and the St. Louis Rams before their move to LA.

Under House, the special team’s unit flourished in 2016 as well as his group of inside linebackers. The hire from within will keep an already talented defense familiar with their coordinator in 2017 and that group should flourish under House in 2017.