What colleges can expect from the Trump administration 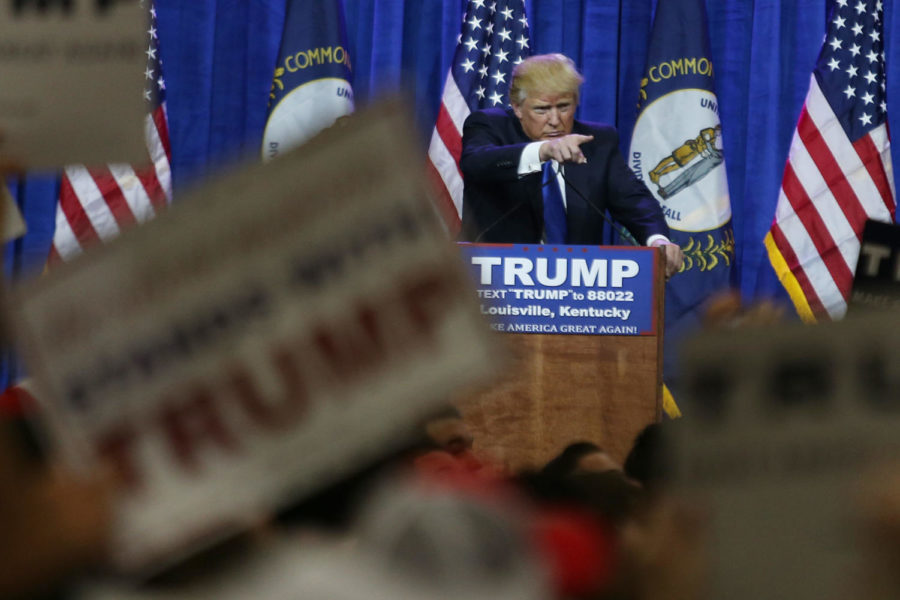 Republican presidential candidate Donald Trump points at a protestor and tells the crowd "get him out" during a rally at the Kentucky International Convention Center in Louisville, Ky. on Tuesday, March 1, 2016. Photo by Michael Reaves | Staff.

The Trump presidency is expected to bring several changes to many aspects of American life. For colleges and students, that means they’ll have to adjust accordingly.

Expected changes aren’t so much what will be added to college regulations, but rather what will be thrown out. Title IX enforcement on sexual assault, while it certainly won’t go away, is speculated to be significantly less strict than it has been. The idea of free college is also out for the next four years. As for student loans, borrowing and forgiveness is expected to become stricter as loans are privatized and forgiveness becomes harder to achieve. Regulations in general, including those of for-profit colleges and the “gainful employment” rule created by the Obama administration, will become less strict and enforcement will slacken.

What’s “in” for colleges post-inauguration is several alternatives for student loans and loan repayment. Income-share agreements, in which investors help finance an individual’s education in return for a percentage of their earnings, is a popular idea among conservatives. So is risk sharing – where colleges bear some of the cost of defaulted loans – and private lending. Competency-based education and skills training will also be encouraged to strengthen the middle class.

To read the full article by The Chronicle of Higher Education, click here.