12 Things to Know Before Going to Switzerland 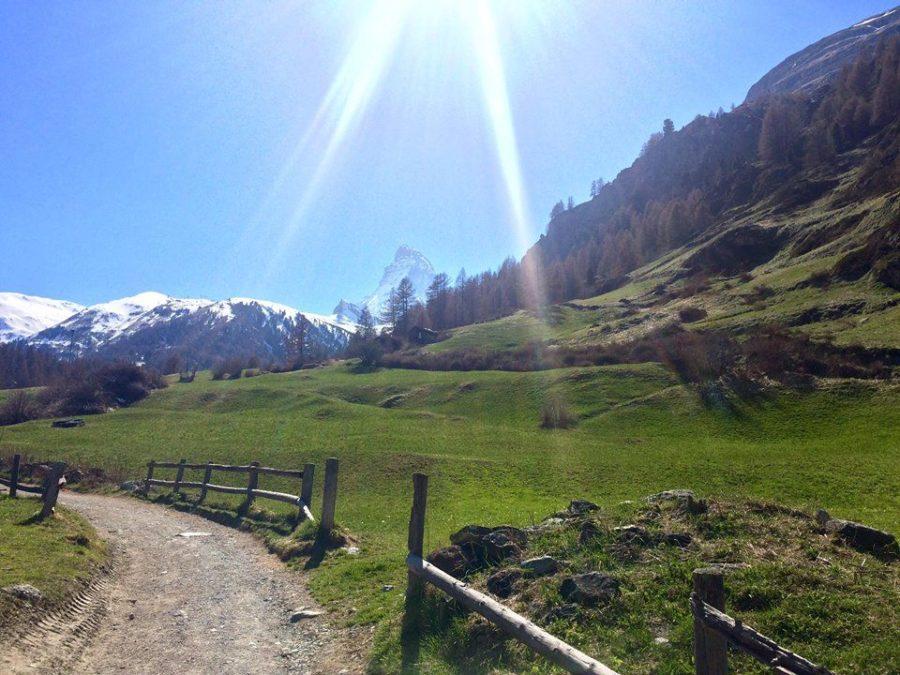 The thought of this little European country evokes the scenery from the Sound of Music (even though that was actually set in Austria), some slight confusion with Sweden, and that nugget of knowledge we learned from the Twilight novels—Switzerland is neutral! But if you’re actually going there, you may need to know a bit more about the country.

1. Switzerland speaks multiple languages. No, Swiss is not a language. Switzerland has four official languages: German, French, Italian, and Romansh. The western provinces (called cantons) that include Geneva, Neuchâtel, and Lausanne speak French. The southern canton of Ticino speaks Italian. The majority of Switzerland, including Lucerne and Zürich speak German, but their dialect will be nearly impossible to understand if you’ve been studying Germany’s dialect. Finally, a very small minority in southeastern Switzerland speaks Romansh. Luckily for those of you who don’t speak German, French, and Italian, most Swiss people have functioning knowledge of English. You might actually find it difficult to practice your French or German in many areas, where any hint of an American accent prompts the Swiss to switch the language of the conversation to their always-impeccable English, just to make it easier for everyone involved. Try not to let it get you down.

2. No small talk welcome. You would think that a population so multilingual would want to show it off—but not the Swiss. Unlike Kentucky, making friendly small talk with waitresses and cashiers is strongly discouraged. It’s not part of the culture to show friendliness or warmth to strangers. Don’t take it personally.

3. Lake life is integral. It seems like every town in Switzerland sits on a majestic lake filled with swans. There are two things to note about that. One, swans are actually capable of breaking most of the bones in your body if they hit you with their wings, so please do not take selfies with them. Two, if you’re in Switzerland in warmer months, the lakeside crowds you’ll see sunbathing and drinking wine will be some of the liveliest crowds you will see in the entire country. They are by no means rowdy, but after spending several winter months in this culture that so values politeness and silence, I was shocked to see actual children running around and screaming and adults laughing out loud. Going from winter Switzerland to spring Switzerland is the truest form of culture shock.

4. Start early, end early. Switzerland, with its history of being the home of Protestantism, boasts a Calvinist work ethic. What that means for you is that cafés open at 6 AM, class will probably start at 8 AM, and good luck finding a grocery store open past 7 PM. By the time you’re done with your day, so is everyone else. Hope you like going to sleep early!

5. Don’t go there for the nightlife. If what you’re looking forward to is dancing at clubs or spending all night with your friends at a bar, you will be disappointed. The Swiss city best known for its nightlife is the student hub of Lausanne, a 45-minute train ride from Geneva. Still, compared to clubs in Spain, Italy, Paris, or New York, there’s not much to do for the partygoer. If you do decide to venture out, check the train and bus schedules first. Public transit all but halts after midnight, even on the weekend.

6. Public transit is pretty darn good, and the SwissPass is worth it. Public transportation is very reliable in Switzerland. There’s a handy app with schedules for every type of transport, and trains and metros are nearly always on time. If you stay in a tiny town without a train station, you’ll have to rely on buses, which often stop running after 9 PM. However, if you’re in a slightly larger town (like Nyon, from where many people make a daily commute to Geneva), your options are much better. And if you stay in a big city, like Bern or Basel, trams run almost all day and night and can get you essentially anywhere you want to go within the city. If you’re staying in Switzerland for an entire semester, I recommend buying a SwissPass, which allows you to take any train, bus, tram, metro, cable car, boat, anything for free, all the time. A SwissPass card lasts for a minimum of four months, the cost averaging sixty dollars a week. To put that into perspective, making a 15-minute commute every weekday costs fifty dollars a week. There are also SwissPasses that last less than a week for short-term stays, but you only save money on those if you travel throughout the country.

7. They take direct democracy seriously. Speaking of trains, every train station you walk into will be plastered with political ads. Actually, essentially everywhere you look, you’ll see political ads. Three or four times a year, Swiss citizens vote on constitutional amendments or vote to veto legislation passed by parliament. Because there’s always a new round of voting coming up in the next couple months, you’ll receive a lot of leaflets about why you should vote to prohibit gene modification in human embryos or deport all immigrants, or something of the like. Only 1% of the country’s population has to sign a petition in order for a referendum to go to a national vote, so there are always some more questionable measures on the ballot.

8. Good Swiss chocolate is local. Do not head to the grocery store to eat famed Swiss chocolate. The selection at Migros will woefully disappoint you. Go to local chocolatiers! While you’re there, don’t just focus on the wrapped chocolate. Swiss hot chocolate is a food group, as far as I’m concerned. You’ll never be able to drink SwissMiss again.

9. Everything is expensive. Switzerland has one of the highest costs of living in the entire world. You’re going to forget what it was like to go out for lunch and pay less than twenty dollars. You’re going to forget about the blessings of free water. You’ll start to think that paying two dollars per minute of a taxi ride is reasonable. All I can say is keep track of your finances or you’ll be out of cash before you know it.

10. Geneva is diverse; Switzerland is not. You might imagine Switzerland as the place where the whole world comes together; a cosmopolitan hub where you’ll meet people from countries you can’t even place on a map. Geneva, where one of the United Nations headquarters sits, is like that. The rest of Switzerland is not. It’s true that almost a quarter of all people in Switzerland are not Swiss citizens, but over eighty percent of those foreigners are from other European countries. The lack of diversity, the cultural differences regarding how people talk about race, and the conservatism of Swiss culture put a considerable amount of stress on my LGBT classmates and my classmates who identified as people of color. Spending an extended period of time, like a study abroad, in Switzerland requires mental preparation and fortitude for minority students, but ultimately, it’ll make you stronger.

11. It’s small. You can cross the country by train in 5 hours, and Switzerland’s population is only double that of Kentucky. As a result, even the biggest cities in Switzerland, like Zurich and Basel, are actually quite manageable, and Swiss “skyscapers” are downright adorable!

12.Some of the most beautiful natural sights on Earth. Maybe their skyscrapers are so puny because they have the Alps and they are therefore unimpressed by anything shorter than the Matterhorn. This point is best made in pictures. Check out the gallery above!