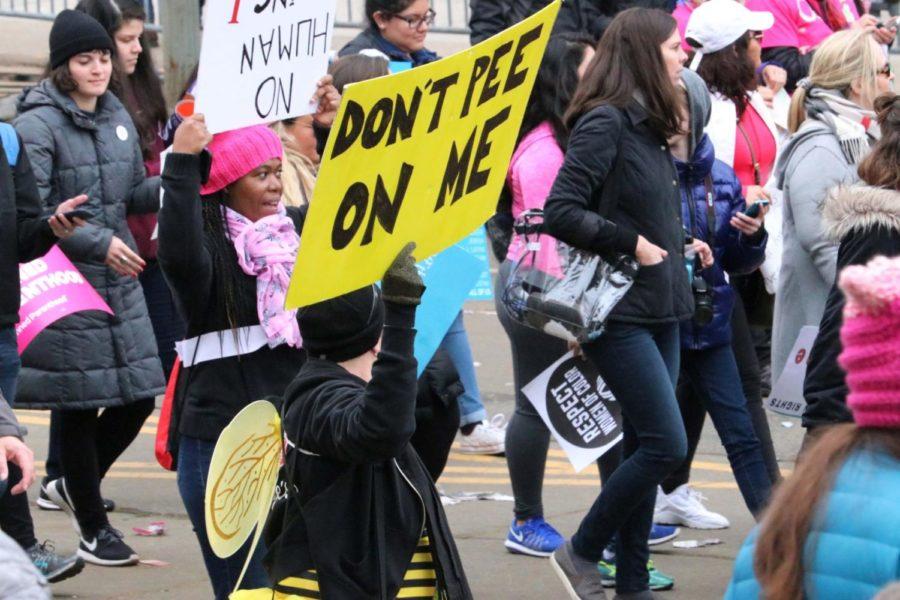 Women, men and children in major cities around the U.S. marched in support of women’s rights on Saturday, January 21, 2017. Hundreds of thousands participated in the March on Washington alone, which was proceeded by star-studded speeches and musical performances.

We have all seen our fair share of memes floating around on Facebook and other social media. Throughout this last election, obsession with these internet jokes have spilled over into politics.

A meme is a caricature of reality that uses captions and pictures to satirize people and subjects. They also usually reference other memes and make jokes of themselves.

As the election intensified, the amount of political memes started to drastically increase on sites like Reddit and iFunny. Some of them weren’t even meant to be funny—they were just designed to express someone’s political opinion.

This phenomenon has only grown since then. Memes have become more politically charged, often aimed at making fun of the other side of the political line. This is having a negative effect on political debate. It restricts political beliefs into a few words or phrases and is over simplifying the conversation, allowing little discussion.

It is difficult to actually have a discussion about memes’ messages, making it easy for someone to sit in a bubble of their own views without being challenged. Not being challenged results in shortsighted political views.

It’s very easy for people to just share every post they see that they agree with. Since these memes are a short read and contain very little information, people can read many of them and share them in just a few minutes. Social media feeds are absolutely riddled with them. It creates an environment where everyone is clicking ‘share’ to show their political alignment and not looking for actual discussion. People are just sharing someone else’s ideas instead of formulating their own ideas and opinions.

Memes are not the problem. The problem is that people would rather live comfortably in a bubble of their own political beliefs than be challenged to grow and develop their own world views.