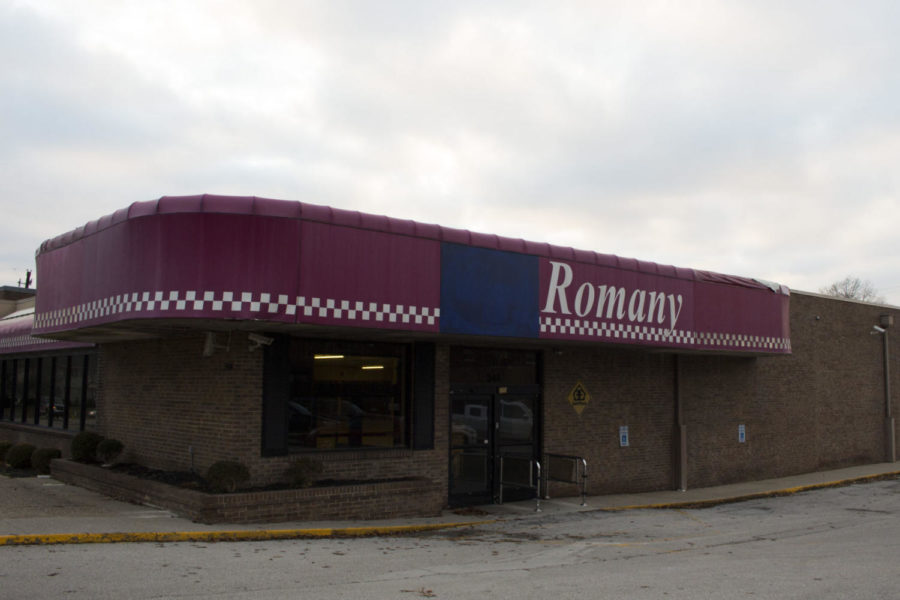 The former Kroger on Romany Road in Lexington is set to turn into an IGA . The store closed in September 2015. Photo by Arden Barnes | Staff

The vacant property that was once a Kroger on Romany Road has been a ghost of groceries past, but it will soon be given new life with the opening of an IGA, a Chicago-based grocery store chain.

Cox Foods announced plans to move one of its chain IGA grocery stores to the property, where Kroger closed on Sept. 12, 2015.

According to IGA.com, Independent Grocers Alliance (IGA) is a family-owned business with locations in 46 U.S. states including roughly 5,000 locations worldwide in more than 31 countries.

In a recent interview with the Lexington Herald-Leader, Jeff Lutes, Cox Foods general manger said, “will be set up totally differently from our stores in Eastern Kentucky, based on what the clientele wants,” Lutes said

Cox Foods has 10 IGA groceries in Eastern Kentucky and is based in Hindman, Kentucky, according to its website. The Romany location will be the first in Lexington.

“We are in the business of opening stores and making them thrive,” Kroger said in a press release from 2015. “Unfortunately, this store has lost significant money since 2008 and its trend for the future appears even more bleak, we simply see no way to reverse that.”

The Romany Kroger was a staple in the neighborhood for the residents living in Chevy Chase. The decision to close was protested, and a petition was placed on the Chevy Chase Neighborhood Association’s website in September of 2015 to save the beloved Kroger.

The Kroger opened in 1995 and was known as the “Gucci grocery” because of the well-to-do shoppers who frequented the location according to the Lexington Herald-Leader.

According to the website, Change.org, the petition was just short of its goal for 1,500 participants, reaching a total of 1,267. Shoppers had also taken to the store’s Facebook page to voice their concerns about the closing.

The new IGA will give the Chevy Chase neighborhood a go-to grocery once again, though an official opening day has not been announced.