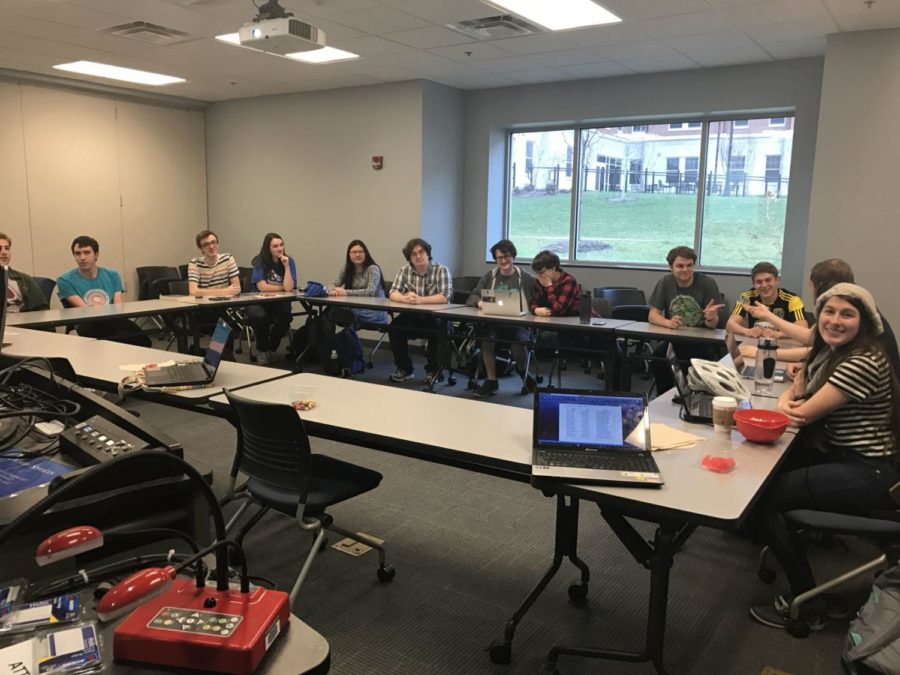 According to the new fee system, incoming freshmen would pay $500 a year, while current students would pay $75 their first year, $150 their second year and $300 their third year. Part of those fees would allow the addition of four Honors-specific career counselors.

Nursing junior Brianna Damron, a member of the Honors Program, disagreed with these changes and decided to organize a protest meeting. She said that the fee was too expensive and that “adding a fee is adding a secondary selection factor into the pool of the Honors Program.”

“We have a lot of cool, different people in the Honors Program and I think that if you tacked on this fee, you’re going to exclude a lot of the people that would join that can’t afford it,” Damron said. For example, some first-generation students or people who are also involved in Greek life may not be able to afford the fee, Damron said.

Many students were concerned that the fee would disenfranchise many students and would hurt the diversity of the Honors Program. Some students argued that there was no need for Honors-specific career advisors.

By the end of the meeting, a four-part proposal was planned:

1. Increased transparency from the administration on the cost breakdown

3. If money has to be spent, spend it to train the current Honors advisers to be career counselors

4. Not require current Honors students to pay a fee.

Before presenting a proposal to the administration, Damron and others realized that they needed to reach out to more Honor students and get concrete data to see how they felt about the Honors Fee, so during the meeting a survey was made and published on Facebook.

Damron said she is confident that the administration will listen to Honors’ students concerns.