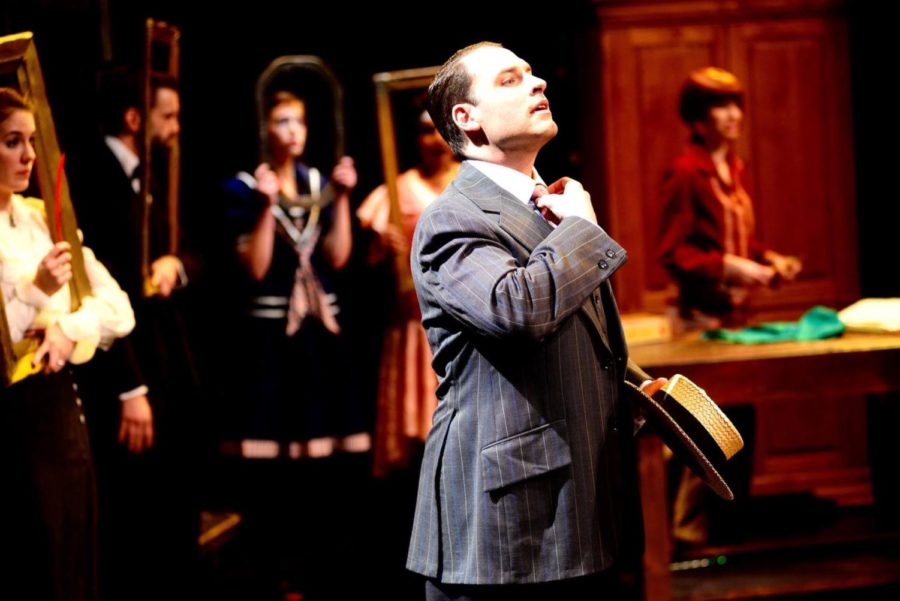 The play is a combination of comedy and tragedy with the added magic of talking clocks and animals to pull it all together.

For many, February is the month of love with Valentine’s Day falling on the 14th. AthensWest Theatre Company has kept the theme of love going throughout the month, showcasing their production of ‘Failure: A Love Story’ in Lexington’s Downtown Art Center for the first three weekends in February.

‘Failure: A Love Story’ is written by Chicago playwright Phillip Dawkins and has been a huge success within the Lexington community, having completely sold out their production this past weekend.

The musical, directed by Jerre Dye, revolves around the lives and deaths of the three Fail sisters who all live above their family’s clock shop in Chicago during the 1920s following the deaths of their parents, along with Mortimer Mortimer, a smitten costumer who falls in love with each sister right before they pass. The play is a combination of comedy and tragedy with the added magic of talking clocks and animals to pull it all together.

The performance utilizes a small cast of seven, including Shayne Brakefield, Rachel Rogers, Sebastian Midence, Gabrielle Miller, Marianne Miller, Alexis Robinson and Mark Mozingo. Mozingo has also appeared in HBO’s ‘Girls’ and doubles as a founding member and associate artistic director of AthensWest, along with playing a significant role in the production.

AthensWest Artistic Director Bo List says that they decided to showcase ‘Failure: A Love Story’ because the company had a very personal reaction to it.

“We just all fell in love with it. We found it unique, quirky, strange and beautiful,” List said. “We can’t quite decide whether it’s a very funny tragedy or a very sad comedy. It’s somewhere in between.”

The play mimics life’s unpredictable and even absurd moments. It seeks to remind the audience of what is important in their lives and to love abundantly as well as being able to laugh at the silliness of life, according to Mozingo.

The cast and artistic team have thoroughly enjoyed the reaction from the audience and community. Not only has the play sold out this past weekend, but the audience has seemed to have a strong emotional connection with the performance just as much as the cast, according to Mozingo.

“We really hold this show close to our hearts so we hope that people like it. It seems like we’ve done our jobs and that we’re affecting people,” Mozingo said. “They’re laughing and they’re crying and it’s making them ponder their own existence and all of the stuff that I feel like the show does for us.”

‘Failure: A Love Story’ will be showing one final weekend, February 16-19 starting at 8 p.m. Thursday through Saturday and at 2 p.m. on Sunday at the Downtown Art Center here in Lexington with public parking right across the street.