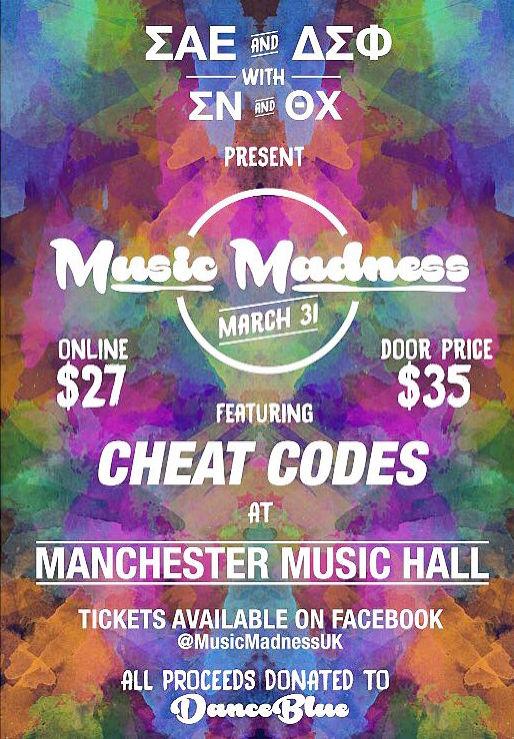 Good music has always had the power to bring people together, even UK’s Greek life.

“When you think about inter-fraternal relations, it’s a competitive atmosphere because everyone wants their chapter to be the best, but we all possess so many resources that when we put them together we can put on a much better show and fundraise so much more money than any one chapter could do alone,” Sigma Alpha Epsilon’s social chair Sam White said.

White is hoping the event will spark a new era of cooperation and collaboration between Greek organizations on campus.

“SAE and Delta Sig reached out to us with the idea of trying to promote more inter-fraternal involvement on campus. The idea is to come together all as one so we can put our brains together and do even more good on campus,” Sigma Nu’s social chair Ben Kleine-Kracht said.

The money raised from the concert will go to support UK’s Dance Blue fund, with White adding that due to the event being hosted by four separate organizations, it would be difficult to divvy the money raised among each group and their respective philanthropies.

The popular electronic trio, Cheat Codes, will be the main event of the evening. There will also be an opening performance from one of a two-part DJ duo Jodious.

Greeks will hold a special competition during the event, with the organization that buys the most tickets earning a donation of $500 to their individual Dance Blue fund.

According to White, the $500 prize is roughly two-thirds of the amount needed to sponsor two dancers at Dance Blue. Attendees will be able to check-in with their respective organizations as they enter the event.