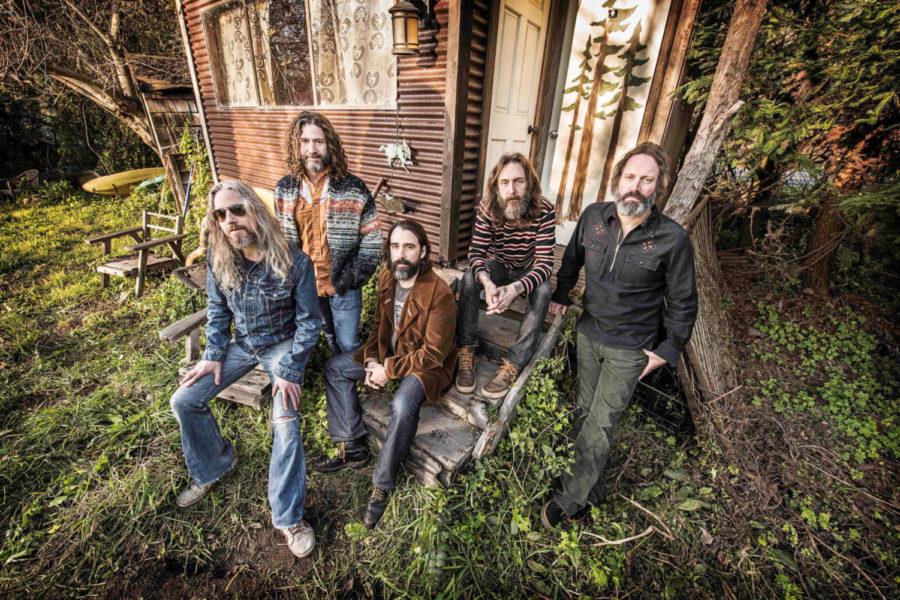 The psychedelic music of the Chris Robinson Brotherhood will radiate throughout Manchester Music Hall on March 25.

Playing close to two hundred shows a year and constantly fine-tuning their craft since their inception in 2011, there’s not many bands more devoted to their artwork as the Chris Robinson Brotherhood.

According to guitarist Neal Casal, he first crossed paths with Robinson when a band he was in, Beachwood Sparks, opened for Robinson’s prior band The Black Crowes in 2001. The two clicked, and a decade later Casal received a call from Robinson about collaborating on a new music project, a proposal Casal quickly accepted.

In the few years since, the CRB has released eight total full-length albums and extended plays all while developing one of the most dynamic live acts in the jam band music scene.

Per Casal, Robinson is constantly writing new material and keyboardist Adam MacDougall is always experimenting with new sounds and ways to play. The group as a whole is always listening to and purchasing new music to seek out inspiration, and Casal says he still practices guitar daily, typically doing it first thing when he wakes up.

“We’re not looking these things up on the internet,” Casal said. “We’re actually out there on stage in front of people sweating it out and learning as we go through trial and error. We fall down, dust ourselves off, get back up and do it over again.”

The Brotherhood is currently prepping to release a new live album in May titled ‘Betty’s Blends, Vol. 3: Self-Rising, Southern Blends’ in which the group continued their collaboration with legendary Grateful Dead engineer Betty Cantor-Jackson. The 13 accompanying tracks were pulled from the CRB’s November 2015 tour run through the southeast U.S..

The group unvelied a smorgageboard of new music in 2016 as well, releasing the full length ‘Anyway You Love, We Know How You Feel’ in July and the extended play ‘If You Lived Here, You Would Be Home By Now’ in November. According to Casal, the track “Forever as the Moon” off of ‘Anyway You Love…’ was built off a riff that Robinson had played at soundchecks for roughly a year, and once taken into the studio the group knocked out a full-fledged song from it after a few hours

“I just remember [Chris] walking outside with his notebook to finish the lyrics,” Casal said. “He came back an hour later with a great set of words. We were hung up on one part of the song and how and finish it, then I walked around to the other side of the house with my guitar, came up with the appropriate parts and met him on his way back from the woods writing his lyrics and we put our two parts together and finished the song that afternoon.”

The Chris Robinson Brotherhood will take the stage at Manchester Music Hall on Saturday, March 25. Doors for the event open at 7:30 p.m. with the CRB taking the stage soon thereafter at 9 p.m. Tickets are $20 presale and $25 at the door. The show is open to patrons 18 years and older.

“Music has been teaching me about myself and it’s been showing me who I am since I first picked up a guitar when I was 12 years old, and that will continue for the rest of my life,” Casal said. “The more you play the more you realize that you’re just a student and the learning is endless.”