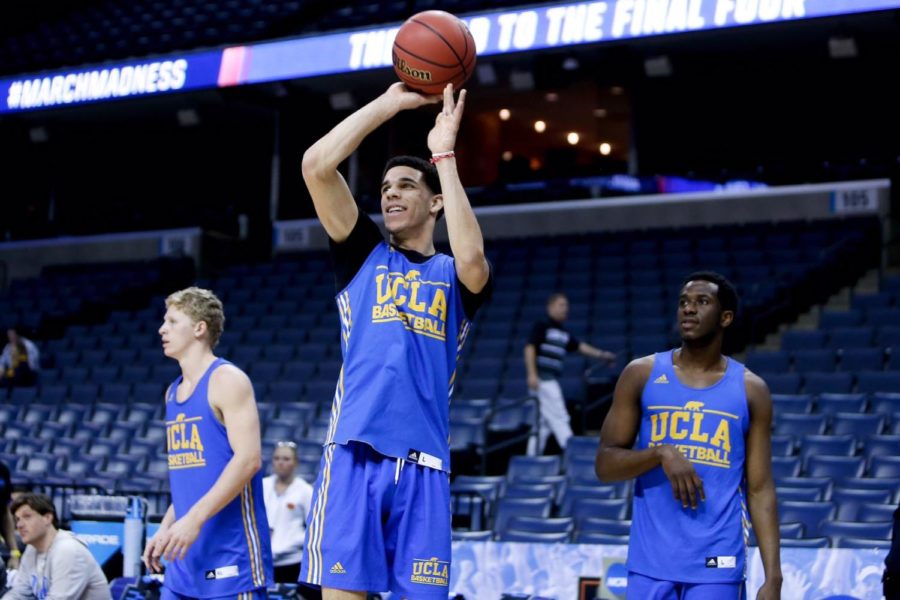 MEMPHIS, Tenn. — There are two major factors that make the Sweet 16 game between UK men’s basketball and the UCLA Bruins one of the more exciting matchups fans will see this round.

First, the game stands out on the pedigree of the teams alone. UK and UCLA represent two of the blue-bloods of college basketball to the fullest extent, combing for 19 national championships and 35 Final Fours. Secondly, Friday’s game offers a rematch of one of the most exciting games from this past season.

UCLA ended UK’s 42-game Rupp Arena win-streak with a 97-92 victory. The two teams produced a fast-paced game that was fun to watch and was well-played. UCLA freshman forward TJ Leaf led the Bruins in the win with 17 points and 13 rebounds.

Both teams are young and have seen growth throughout the season. UK has improved greatly on the defensive end in recent weeks while UCLA has become an even bigger monster on offense.

Here’s are some facts on the Bruins:

In the one-and-done era of college basketball, more and more teams are following in UK’s footsteps of having freshmen lead the team. UCLA has been one of those teams this season thanks to T.J. Leaf and Lonzo Ball. Both first-year players were first-team All-Pac-12 and played a big part in UCLA’s turnaround from last year, when the Bruins finished the season with 15-17.

Leaf leads the team in scoring at 16.2 points per game and comes in second on the team in rebounding, pulling down 8.2 per game. As a big man, Leaf is exceptional at stretching the floor, shooting 45.6 percent from three this season, but can hurt team all over the floor whether it be on the glass or playmaking as he also averages 2.5 assists per game.

Ball made headlines before his college career even started after playing high school at Chino Hills, which is known for the unorthodox, high-scoring style made famous by Ball and his two younger brothers. His playmaking and shot-making abilities have translated well to the college game and changed UCLA’s offense in the process.

UCLA is the highest scoring offense in the nation with Ball at the helm and his numbers represent his great feel for the game. Ball currently averages 14.7 points, 6.1 rebounds and 7.6 assists, all of which are standards that haven’t been met by a Pac-12 player since the 1993-94 season when Jason Kidd accomplished that feat at the University of California.

UCLA’s offense running as sharp as ever

Youth caused both teams to make several mistakes in the first game. The Bruins’ main problem was taking care of the ball, as UK forced UCLA into 18 turnovers. Recently the Bruins have been a lot better in valuing their possessions.

In the team’s two games during the first weekend of the NCAA Tournament, UCLA only committed 11 turnovers. It wasn’t because of lack of ball movement, seeing how the Bruins still tallied 46 assists in those two games.

Seven different Bruins have tallied an assist so far in the NCAA Tournament. The team has had a player total at least nine assists in each game.

Sophomore guard Aaron Holiday has been a spark-plug off the bench as he recorded a double-double with 15 points and 11 rebounds against Kent State in the opening round game. Ball was the high-assist man in the Bruins’ second round game against Cincinnati with nine assists and 18 points.

Expect some unusual (small-ball) lineups from the Bruins

Just like the NBA, college basketball is changing to where teams roll out lineups with the goal of putting their most skilled players on the floor together. UCLA uses that same approach and it has often times led to some small lineups that are a tough matchup for any team in the nation.

According to Kenpom.com, six of UCLA’s ten most frequent lineups in the past 10 games feature 6’6” point guard Ball slotted in the front court. Two lineups feature him at the four spot for the Bruins. Playing these types of lineups are possible because of how many great guards the roster has, including Holiday, who is one of the nations best guards off the bench.

The four-guard look adds an extra gear to an already impressive offense, especially when the team can use Leaf, a tall but excellent shooter, as the only big on the floor.