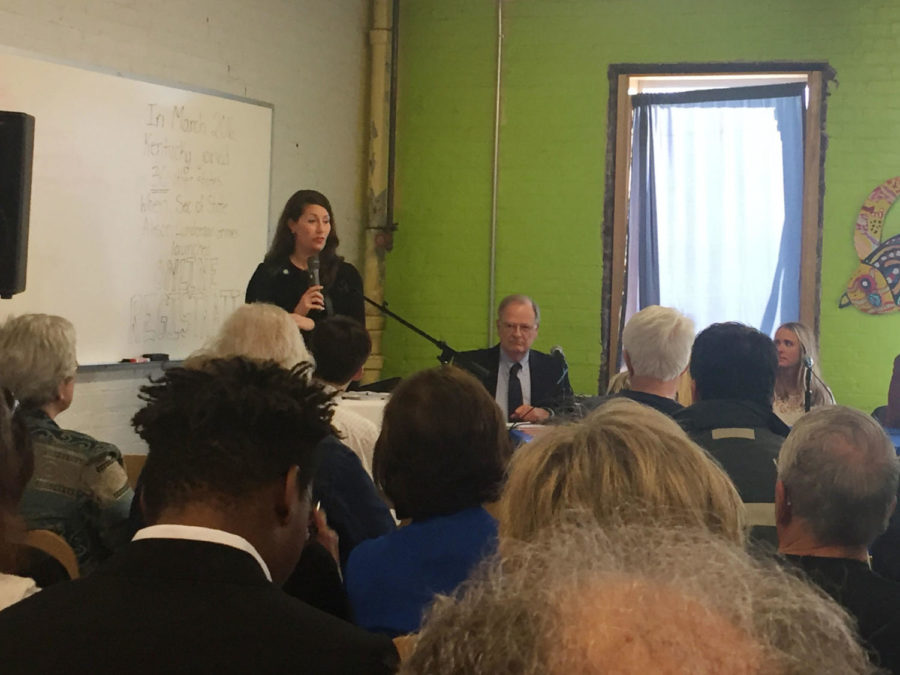 Each panelist brought distinct perspective and expertise to the topics that Grimes highlighted in her discussion. The message to the public was clear: civic involvement and community unity is a key factor for the future development of Kentucky.

“Kentucky’s numbers say they are going up, but they also say we still have work to do,” Grimes said.

Other panelists weighed in on the lack of political involvement, with Ellis pointing a finger towards education.

“Lots of folks don’t want to be involved with the government and we don’t have enough civic education for young kids to be inspired to become involved and informed about the system,” Ellis said.

Volunteerism and community interconnection were also at the forefront of Grimes’ discussion. Ranked 33rd nationally for volunteerism and 24th for family connectedness, Kentucky stands at an admirable position, but Grimes said she hopes to take the state to the top ten and better.

“People are showing up more for volunteer work, especially in the Lexington area, and we are very comforted by the compassion of our community,” Cobb said.

One of the glaring topics for Grimes, however, was the lack of trust in communities, media and government, with Kentucky ranking 48th in the nation for public confidence in the media. With the recent idea of “fake news,” Grimes said people are seeking to affirm their beliefs rather than becoming informed about issues.

“What’s broken for one of us is broken for all of us, and we need to speak out,” Grimes said regarding community unity.

Grimes and her fellow panelists ended the discussion by expressing the importance of becoming involved in communities and continuing to show up for elections and volunteer opportunities.

If the warm and eager crowd at this event is any indication for Kentucky’s future, it is safe to say that things will only go up from here.