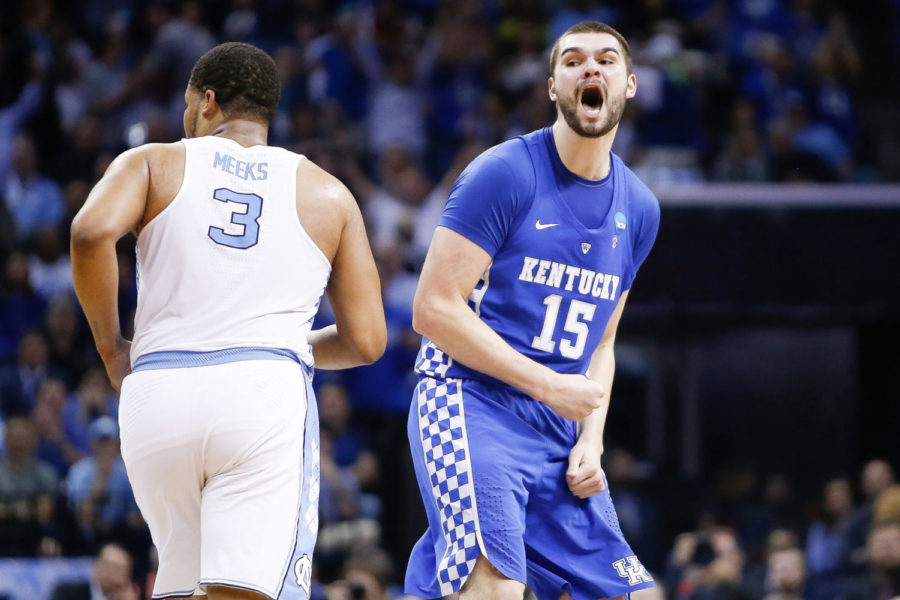 Two and a half weeks after Isaac Humphries had a career game against North Carolina in the Elite Eight, the sophomore from Australia has decided to go to the next level and turn professional.

“This decision didn’t come easily for me. My goal has always been to play professionally,” Humphries said. “There is no better place to prepare you to take that step than the University of Kentucky.”

The seven-foot Australian averaged 2.8 points and rebounds per game his sophomore season. Humphries often struggled to earn minutes in the Cats’ loaded depth chart, but he made the most of his minutes when he got them.

Humphries got a big opportunity in the Elite Eight when Adebayo and other starters got into foul trouble early. Humphries stepped in and played a season high 21 minutes, scoring a career-high 12 points on 5-of-8 shooting. If it weren’t for Luke Maye’s game winning shot, Humphries would have been one of the hero’s of that game.

Because of Humphries’ stellar performance in that game, the seven-foot sophomore was named to the All-NCAA South Regional Team after the game.

Now Humphries will focus his attention on improving his game for the professional leagues. Humphries will explore options of playing in the NBA, or internationally.

“I want to thank the Big Blue Nation for its unwavering support,” Humphries said. “Coming from Australia, I had no idea what to expect when I got to Kentucky, but you made me one of your own.”