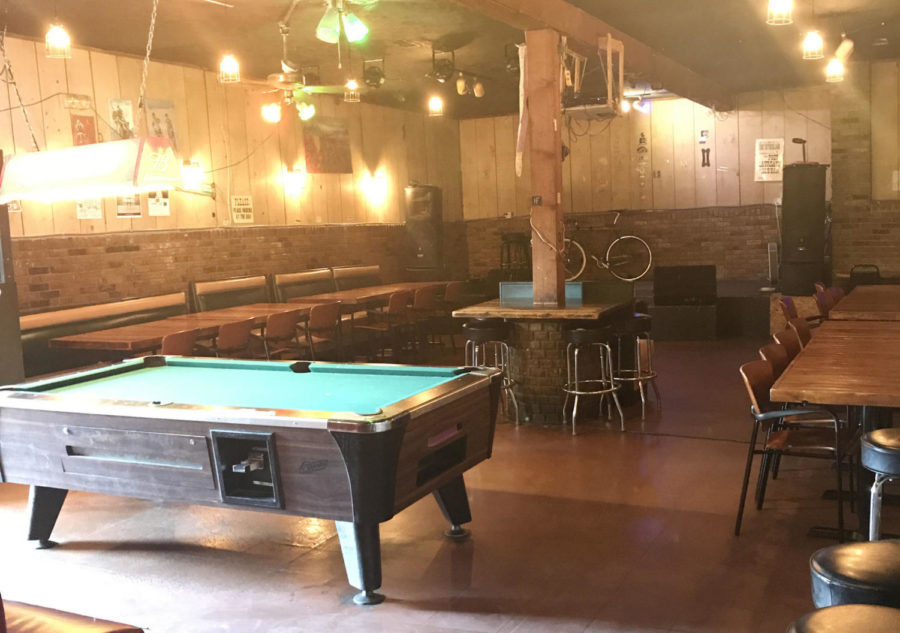 Fast approaching is the ten-year anniversary of Al’s Bar, a hole-in-the-wall bar, music venue and eatery on Lexington’s north side.

The building housing Al’s Bar has existed for 45 years and reopened in 2007, and has become one of Lexington’s most popular venues for local artists and comedians.

Al’s Bar has been partially owned by four different owners since it was revamped in the past ten years, including Lester Miller, Aumaine Mott, Josh Miller and Paul Holbrook.

Al’s Bar is located at 601 N Limestone on the corner of N Limestone and E Sixth Street, neighboring other local businesses such as their Beer Garden, North Lime Coffee and Donuts and The Arcadium.

Al’s Bar opens at 4:30 p.m. every weekday with closing time dependent on the crowd and length of the show they are hosting that night.

“We have up to four to five night shows a week, sometimes as many as 7. We are primarily a venue, do a lot of local bands that are touring regionally and sometimes nationally. Also do some comedy and have open mic comedy shows every Thursday at the Beer Garden,” Lester Miller said. Along with being a bar and open show venue, Al’s serves Kentucky proud burgers, Cajun entrees, quesadillas and more.

“When we were kind of getting our feet wet, we just tried to accommodate anyone and everyone who came. We are one of the cool and collective mixes of different demographics and economic groups. It was a pretty fun group of people at first,” Lester Miller said. Adding live music has been the biggest change that has influenced the community since events began being hosted at Al’s in 2007.

“When it first opened up it really was just a place for people looking to drink themselves silly and beat the crap out of each other. Over time a lot of the crime in the area has dried up and now we are more known for being a venue and having large outdoor events or block parties where up to five to ten bands can come and perform during the summer,” Lester Miller said.

Al’s Bar also offers all ages shows, working with WRFL and other organizations to organize and advertise the events.